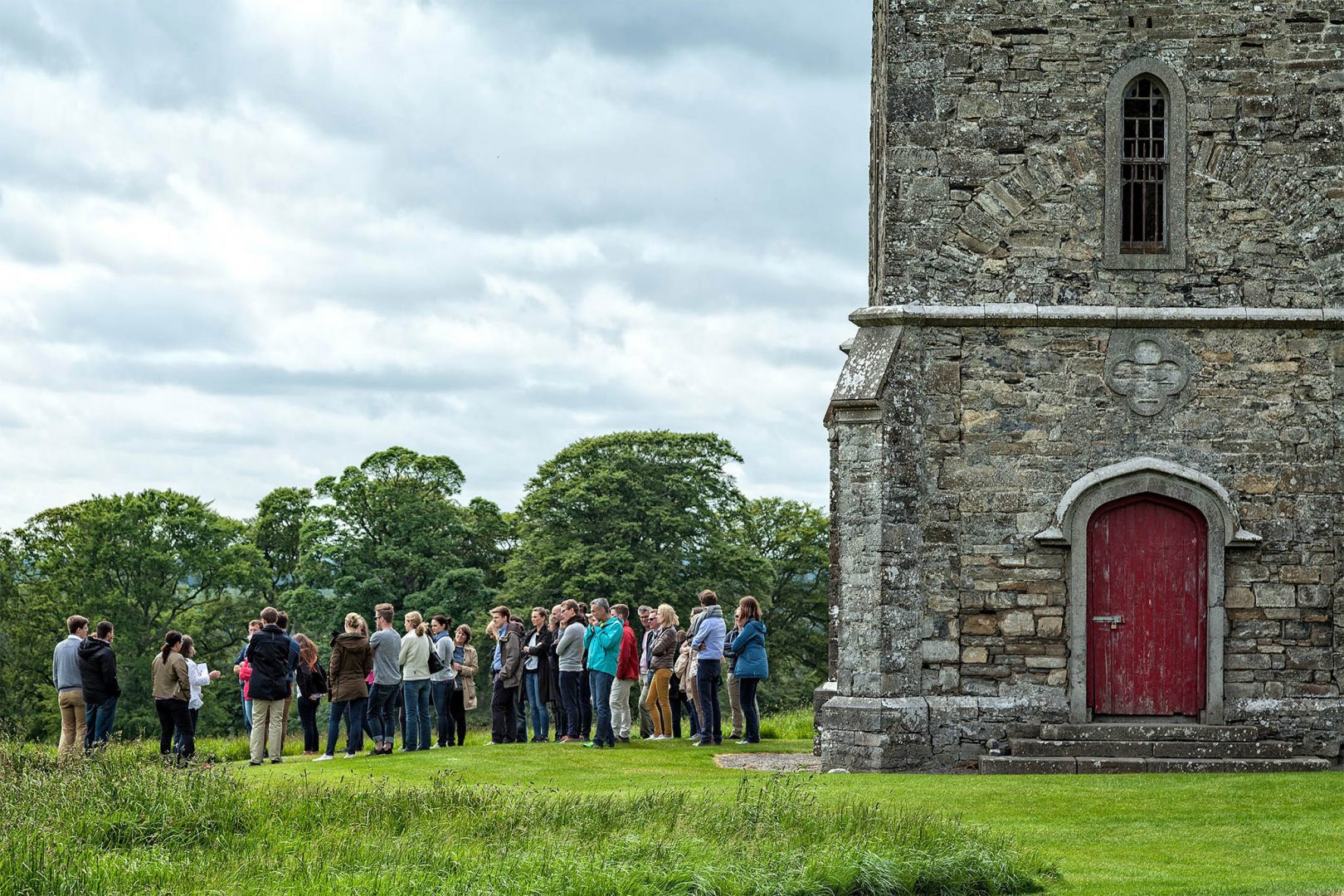 Celbridge Guided Walks offer free entertaining informative guided walks in Celbridge for all ages, taking in Castletown House, its parklands and river walks , the birthplace of Arthur Guinness, and Famine Graveyard and more.

A simple book heightened Breda Konstantin’s passion for Celbridge and North-East Kildare, prompting her to promote the historic wealth of her adopted country as a local tour guide.

“I read the History of Celbridge by Tony Doohan and I suddenly realised that you could tell the finest stories in Ireland by just walking from one end of this town to the other,” said Breda, who is originally from Dublin.

“In that small area, you have the birthplace of ‘black stuff legend’ Arthur Guinness, Castletown House, Celbridge Abbey which was the courting grounds of Jonathan Swift and Vanessa, and the burial ground of Henry Grattan Junior MP, who lies at the Tay Lane historic graveyard.”

Breda compiled a 30 point walking tour of the town in 2012, which was funded by Kildare County Council. The tailored walks proved hugely popular to people living in Kildare, the surrounding counties and visitors from abroad, with Breda receiving block bookings of up to a year in advance.

The tour was expanded to North-East Kildare, again with Kildare County Council’s support, to include other heritage sites such as Carton House, Straffan House, Maynooth Castle and College, and the Royal and Grand Canals.

In 2015 Breda became the chairperson of the newly-established Celbridge Tourism and Heritage Forum, set up Kildare County Council’s Integrated Service Programme (ISP), to further promote tourism in the area.

A new brochure and map compiled by Celbridge Guided Tours has now been erected in five towns in north east Kildare.

“There is such a wonderful necklace of heritage in this region. I love a good story and there is an endless amount of captivating stories in the county. The feedback from people has been amazing. I’m probably a bit of a story-teller anyway and people love hearing the human stories as well as the heritage, such as the county’s associations with the Vikings, Brian Boru, Oliver Cromwell, Henry Grattan and Daniel O’ Connell.”

“It was a tragic love affair. Vanessa had lived in Celbridge Abbey but later moved to England where she fell in love with her much older teacher Jonathan Swift.

“On the eve of Swift’s departure to take up his Dublin appointment as Dean of St. Patrick’s Cathedral, she confessed her love for him but he was having none of it. However she pursued him and on returning to Celbridge Abbey some time later, she continued to write to him. He eventually gave in and their courtship by the banks of the river Liffey in Celbridge lasted some three years before Vanessa found out that Swift was in a relationship with Stella Johnson. The story goes that Vanessa died of a broken heart – but not before she had the poem ‘Cadenus and Vanessa’ – that Jonathan wrote for her published, to prove he had feelings for her”.

“While Kildare is known for its associations with the equine industry, it also has a wealth of fascinating stories to tell and Celbridge boasts more big houses than anywhere in the country, each with its own fascinating tale.” she said.

Tours are free and can be arranged by contacting Breda Konstantin at 087 963 0719. Tours are tailored to suit the interest, age and fitness levels of all walkers. Walks vary from one to three hours on relatively flat ground.