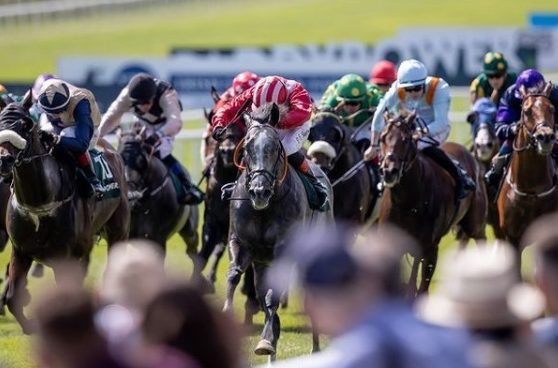 Newbridge
The Curragh August Festival of Racing will begin on Sunday the 8th of August 2021. The event will run over four meetings, hosting group racing action at each race meeting including the Group 1 Keeneland Phoenix Stakes, which is the first Group 1 race for two year olds in Europe.The Galileo Futurity Stakes is also one of the feature races during August and is well established as one of the leading Group 2 races for juvenile colts. This year, the magnificent career of Galileo will be celebrated on the race day. While the Group 2 Alpha Centauri Debutante Stakes has also seen the last six winners go on to become Group 1 winning fillies, plus lots more Group action throughout the festival.

Join action packed race cards over four great days at the home of Irish flat racing. Follow along on social media for previews and updates before each meeting including behind the scenes and much more.

Have a great day at the races!

Featuring some of the fastest horses in training

Attracting some of the leading staying horses in training

The Debutante is the fillies equivalent of the Futurity Stakes, the last 6 winners of the race have gone on to be Group 1 winners

The Futurity is one of Ireland’s premier two-year-old colt’s races.

Tickets will be on sale on Tuesday the 27th of July at 10am for all four race days, priced at €15 for each individual meeting which will also include a race card.

There will be no walk up tickets available on each day. All tickets must be purchased before the race-day to comply with the Covid Code of Conduct.

Children under 18 are Free when accompanied by a parent/guardian, under 18 tickets must be ordered by the parent or guardian and purchased in advance.

Valid ID must be presented at each race meeting and you must wear a mask.