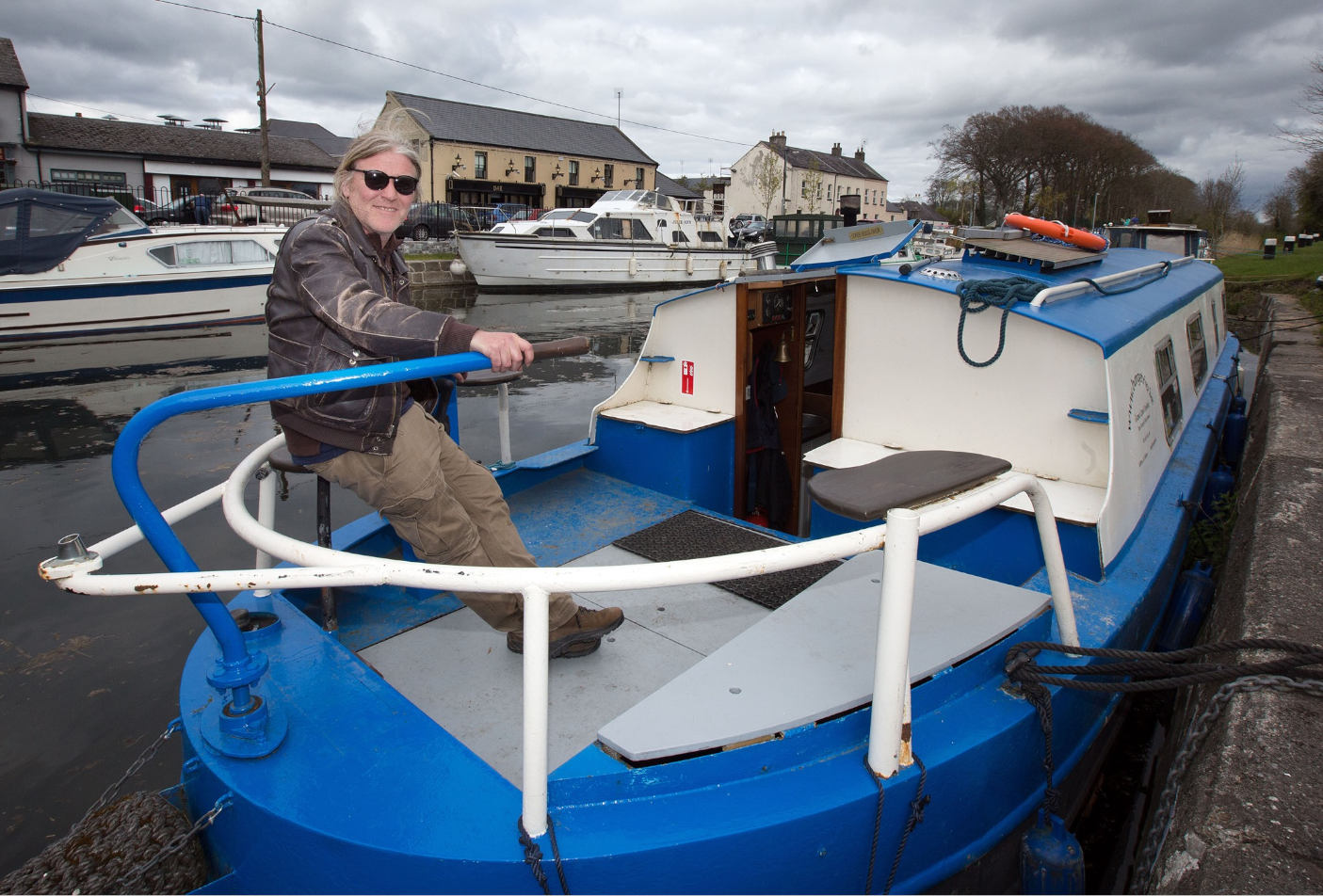 Humans of Kildare – Ger from Bargetrip.ie

Tell us about Barge Trip.

To simply describe it, Barge Trip is a fun activity that’s great for all the family. It’s suitable for people from nine months old to 90 years of age. I’ve had people from every age group in that spectrum on board. Anyone who joins us for a tour gets to learn a bit of history about the Grand Canal and they get to go on a barge on the canal in Kildare. There are more miles of canal in Co. Kildare than any other county in Ireland.
To give you a bit of background, I lived on a barge with the family from 2001 to 2011. During that time I would’ve had a lot of people walking along the canal bank asking was there anywhere that you could do a tour on the canal, and there wasn’t. When we moved off the barge in 2011, and we’d a great time, we had the house boat but we also had the barge which is now the trip barge. So I started working on the idea probably around 2012 or 2013 – started putting together a plan to convert the smaller barge (not the house boat) into a passenger barge, then I would’ve taken the first passengers on board in 2013. It’s been going since then.
Then with the house boat, in 2017 I introduced this to the business and now that operates as a self-catering floatel.

What can someone expect on a visit on Barge Trip?

The one word that keeps coming back to me from people who’ve been on our barge is peaceful. They say it’s calm; that it’s relaxing. So people who come on board can expect a relaxing experience, but also one where they learn something. They’ll find out when the barge was built, why it was built. I’ll also give people a bit of history into the Grand Canal, the Leinster Aqueduct and more.

Tell us something about Barge Trip that people may not know..

We were finalists in the 2019 Irish Tourist Industry Awards. We’re in the top 5 activities in Ireland’s Ancient East for attractions with visitors less than 25,000 people.
Something else they might not know is how feckin’ hard it is to get up and running to begin with! There’s a lot of background work that goes into it with licenses, legal requirements and more.

What’s your favourite thing to do in Kildare on your day off?

What’s your favourite place to eat out in Kildare?

I have a few… so Harte’s in Kildare Town is one of them. I have to say Lock 13 because it’s close. That’s a go-to place for me. Then in Kilcullen, I’m trying to think of the place down by the bridge… Fallon’s! If it’s a birthday or an occasion or there’s something going on, those places would be first on my list to book. Judge Roy Beans in Newbridge is another place I sometimes go to.

My favourite song? Wow! I’d have a few in that, part of my background is that I worked as a professional ballad singer. I would’ve toured around festivals in Europe through the noughties. My leaning is towards folk and traditional – that kind of vibe. I’ll kind of dig into The Dubliners for it and say Ragglin’ Road. And I can sing it!

My favourite movie? My god, that’s another thing I don’t watch a whole lot of. I’m thinking Bond because it’s been on the radio all morning, but it’s not really. My favourite movie? Ok… one movie I go back to over and over is The Shawshank Redemption. That would be top of my list.

To find out more…