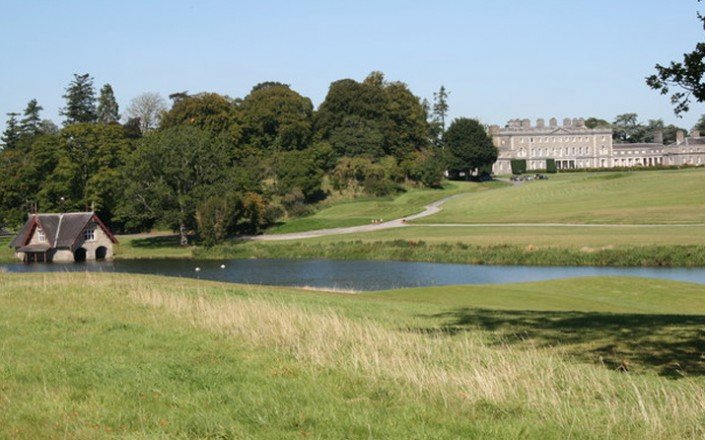 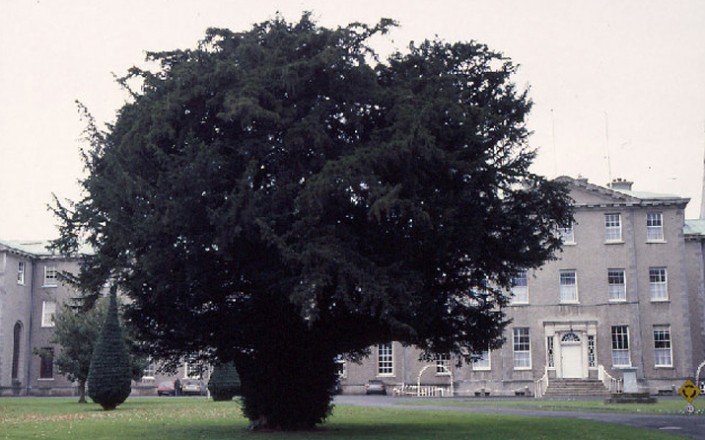 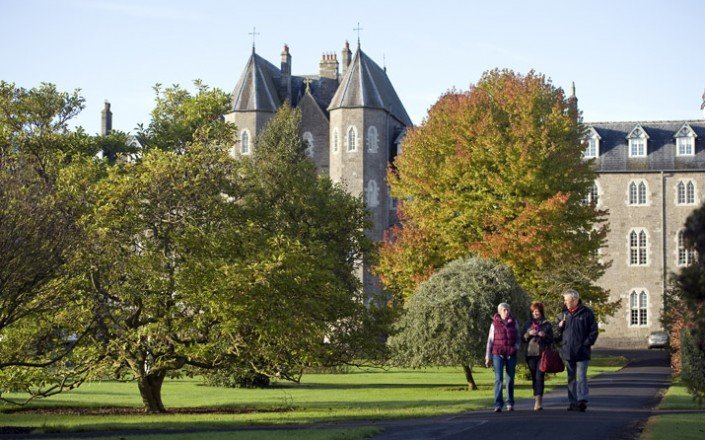 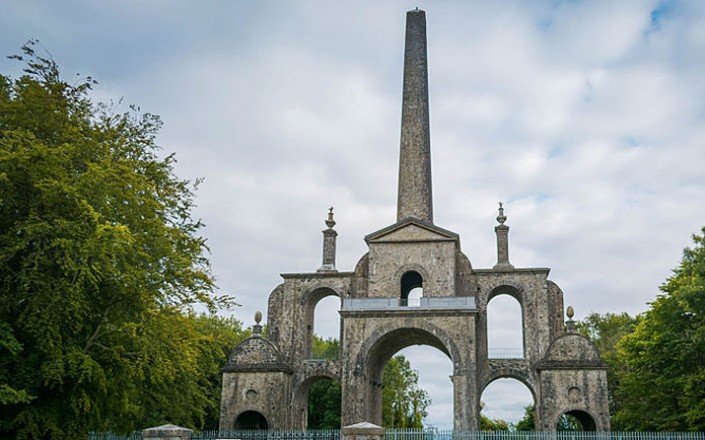 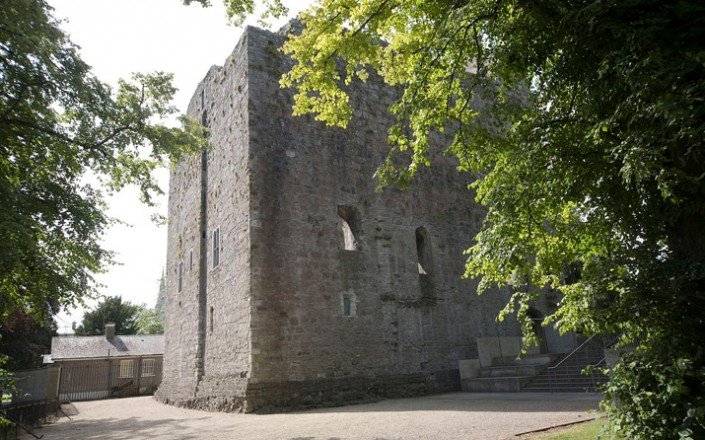 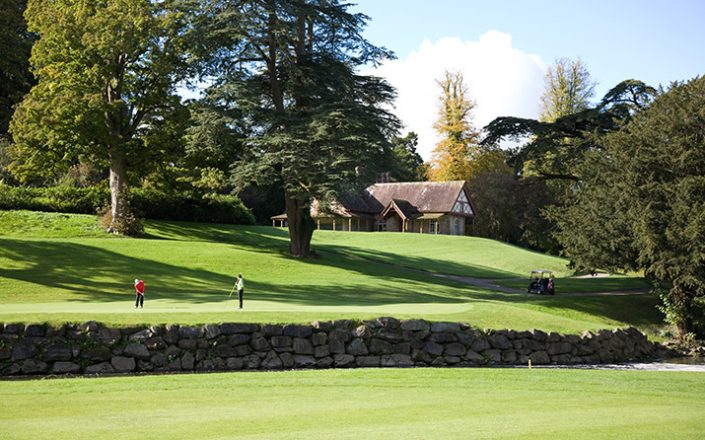 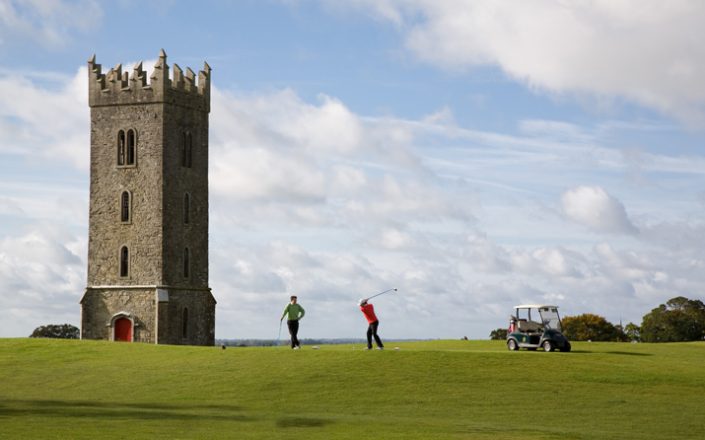 The historic town of Maynooth is Ireland’s only university town and a centre of education and research. It is bookended by Maynooth Castle at one end of the town, and 17th century Carton House at the other – both former seats of the Dukes of Leinster.

Maynooth was an important stopping point on the Royal Canal for barges before the railway was constructed in 1847. Today it is the starting point for the Royal Canal Greenway, a 130km off-road walking and cycling trail connecting Maynooth with Longford Town.

The town of Maynooth takes its name from Nuadha Neacht, a pre-Christian King of Ireland, or perhaps from a later Mogh Nuadhat, a ruler of the second century after Christ. In early Christian times there were at least three churches within three miles of the present town though the actual origins of Maynooth could be said to date from the late 12th century when the Fitzgeralds were granted the Manor of Maynooth.

To establish themselves, the newcomers would at first have built a castle of the motte-and-bailey type, and this would have been replaced with a more permanent structure as time allowed. The ruins, now a national monument, are of the castle commenced in the 13th century and much enlarged in later centuries. The great tower still stands to its original height. In 1521 the Fitzgeralds founded a college but it did not survive the Reformation.

The town of Maynooth can be described today in much the same way as it was in 1837…. “of one principal street, at one extremity of which is the avenue leading to Carton, the magnificent seat of the present Duke of Leinster, and at the other the Royal College of St. Patrick.”

Maynooth could be described as a suburb of Dublin. In 1967 St. Patrick’s College opened it’s gates to lay students bringing further change. Today the population of Maynooth is around 8,500. 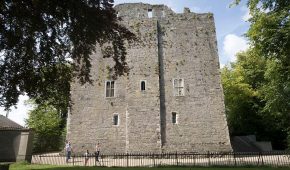 
This 12th century stronghold was built by Gerald Fitzmaurice, 1st Lord of Offaly and became home to the Fitzmaurice and Fitzgerald families. Its most famous resident was Thomas FitzGerald, the 10th Earl of Kildare, or otherwise known as Silken Thomas who lived there in the mid-16th century. Following capture of Silken Thomas after a ten-day siege, the castle was left in ruins until it was restored in 1630-1635 by the 1st Earl of Cork, Richard Boyle. During the 11 Years War, much of the castle was destroyed. Restoration work began in 2000 by the Office of Public Works and it became a Heritage Site.

Guided tours are available throughout the day. Includes an exhibition on the history of the Castle and the Fitzgerald family. 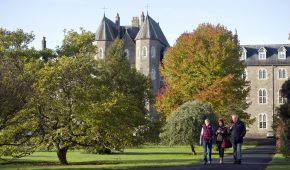 Maynooth University
The University consists of two connected campuses, one dating from the 19th century and sharing a location with St Patrick’s College, founded in 1795, and the other a modern campus. A visit to St. Patrick’s College in Maynooth is a must.
Visitors will also get the chance to visit the beautiful Bi-Centenary gardens and the visitor centre which includes a souvenir shop. 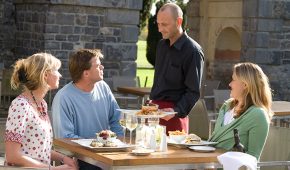 Carton House
Situated about two miles west of Maynooth, this house was built around 1760 and was the residence of the Dukes of Leinster. it’s history spans eight centuries and today operates as a luxury hotel and golf resort. Surrounded by beautiful woods, gardens and walks, the house contains an extensive library and a collection of family portraits among which is an original portrait of Gerald, the 9th Earl of Kildare.

Prior request and arrangement must be made before visiting the house. www.cartonhouse.com 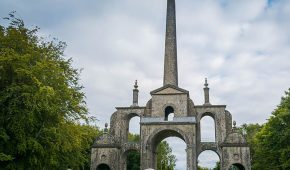 Connolly’s Folly Obelisk
Located a little to the north on the main road from Celbridge to Maynooth, it was built in 1740 to provide employment for the poor during the famine at that time. Mrs. Connolly of Castletown, wife of ‘Speaker Connolly’ undertook the project. The monument consists of a 50 foot high obelisk atop a 50 foot podium of arches.

Maynooth College , founded as a Catholic seminary just over 200 years ago, is an excellent day trip for groups and families
The classically-styled college is now a bustling university and the ruined castle at the gates of the college was formerly the home of the Fitzgerald family.

Maynooth also offers horse riding, pitch and putt and canal bank walks. The grounds of St. Patricks College run parallel to the Royal Canal .
It has a population of 13,621. 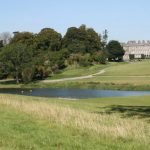 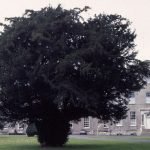 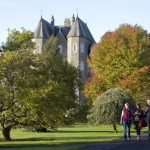 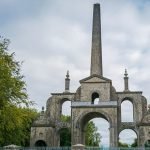 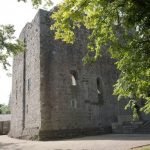 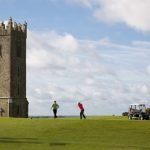