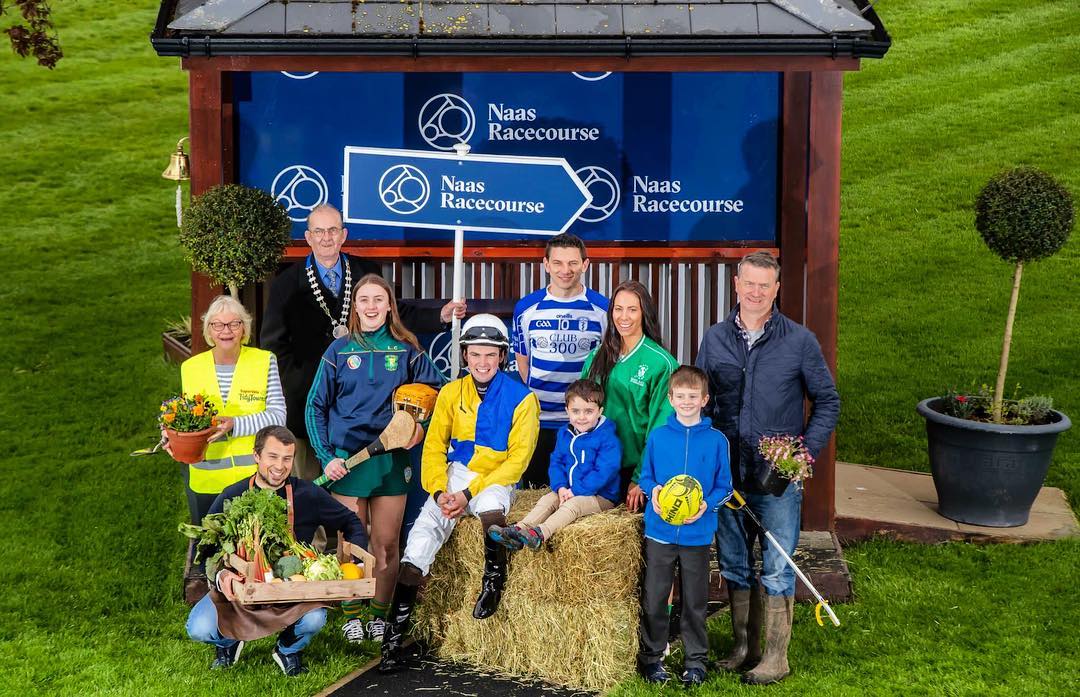 Naas Racecourse has launched a new initiative which aims to encourage locals to embrace their local racetrack and connect with the local community in a meaningful way.

The Naas Town Goes Racing programme features various activities over the next few months which incorporate the local community, including an art competition for schools and a Naas Tidy Towns competition sponsored by Caragh Nurseries and Naas Racecourse.

Local traders will also be invited to reserve a pop-up unit at a reduced rate at the track to promote their business at The Naas Town Goes Racing Day on Saturday, 6th of July. The day itself will feature top-class racing and will include lots of activities for families and children including face painting, novelty mascot characters, live music and a BBQ.

NEWS ?️We are delighted to launch our new initiative NAAS TOWN GOES RACING! Our aim is to encourage Naas locals to embrace their local racetrack and to connect with the community ?️? #NaasTownGoesRacing #NaasRC Read more about it at naasracecourse.com

The art competition will be open to primary schools in Naas and the surrounding towns and villages with prizes awarded for the top three entrants while the winning child’s art work will be reproduced in the race card. Meanwhile, the Naas Tidy Towns Competition will encourage Naas Resident’s Associations, traders and private individuals to enter in a bid to win various prizes sponsored by Naas Racecourse.

The top prize will go to the ‘Best Turned Out Estate’ with a prize of a €500 voucher from award winning garden specialists, Caragh Nurseries up for grabs. Entry forms for the Naas Tidy Towns Competition will be available at the end of May when they will be distributed to homes and available for pick up from Naas Community Library.

Various marketing options will be available to traders who can avail of gazebos where they can provide racegoers with sample products, meet with the public and promote their brand. Each trader who books space will also be provided with 10 complimentary admission tickets, race card advertising and their brand will feature on the large screens at the track. A number of units will also be available complimentary for community and sports groups and interested groups should contact Jackie Donohoe at Naas Racecourse directly.

Naas Racecourse itself is a boutique style track- everything is easily accessible, and spectators can get up close to the action which results in an engaging and exciting racing experience. The racecourse has undergone significant renovations over the last few years and a new feature building, called ‘The Circle’ was created last year while all the public areas and the Panoramic Restaurant were completely renovated.

Located just between the Grandstand and Parade Ring the building is now home to the stunning ‘Goff’s Owners and Trainers Lounge’. As it enjoys 180-degree views of the track it is one of the world’s premier vantage points to view steeds in motion and is proving very popular with international owners and
trainers Naas Racecourse Manager, Tom Ryan said, “In order to attract race goers, you need to be
able to offer them a great experience with second to none facilities.

“Although we welcome people from all over Ireland and the UK our local patrons are by far our biggest and most important customer base. We want to ensure that the people of Naas and the surrounding
towns know we are here and for them to feel part of this great facility.

“Naas Racecourse is a wonderful amenity not just for an elite group of people, it’s for everyone, young and old. Wewould encourage anyone who hasn’t been here before to visit us and see all that we offer
from exciting racing, to great facilities, food and hospitality.”

The Naas Town Goes Racing Day will run on Saturday, the 6 th of July. For more details on the Naas Tidy Towns Competition sponsored by Caragh Nurseries, the art competition or to book promotional space contact Jackie Donohoe at Naas Racecourse on (045) 897391. For more on Naas Racecourse see the new website www.naasracecourse.com