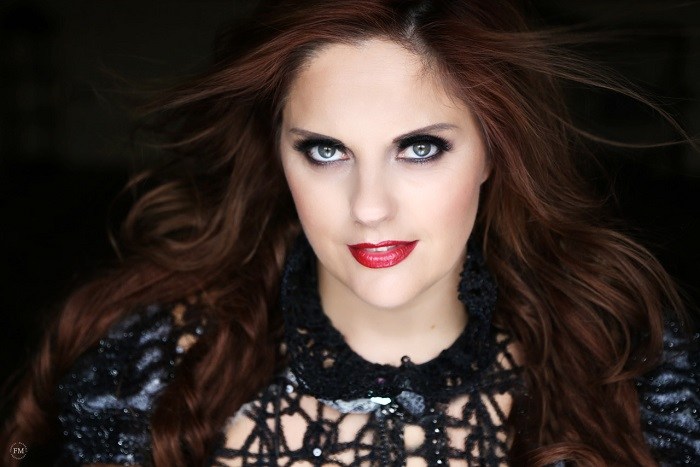 As part of CLIFF Oyster Festival, which runs throughout the month of September, Cliff at Lyons will hold a very special ‘Opera & Oysters’ dinner on 2nd September.

Internationally acclaimed lyric soprano Celine Byrne will open the evening with an special performance during the outdoor drinks reception.

Guests will enjoy a glass of bubbly and oysters in the lush and picturesque gardens at Cliff at Lyons while Kildare native Celine performs a few favourite arias.

Celine Byrne is a Lyric Soprano who made her operatic debut as Mimi in La Boheme in 2010 and in the seasons that followed she has performed extensively throughout Europe, as well as in the United States, China, Russia and Mexico.

She has sung with world renowned tenors Jose Carreras, Placido Domingo, Roberto Alagna and Andrea Bocelli and has sung for such dignitaries as HRH Queen Elizabeth, President Barack Obama, Pope John Paul II and Pope Benedict and will perform for Pope Francis this August.

Her compelling and thrilling performances have won her the universal acclaim of audiences and critics across the opera world.

Guests will then be seated for an oyster themed dinner in The Mill, prepared by Head Chef Nathan Diamond and his team. The menu includes snacks of oyster tempura and oyster vichyssoise and a starter of char sui pork belly, Kellys native oyster and beetroot dashi. There’s a choice of main courses – east coast mackerel with scallop mousse, girolles and oyster bonne femme or 12 hour smoked John Stone beef with BBQ oyster jus, hassleback potatoes and caramelised onion ketchup, finishing off with a fresh and summery dessert.

Set in an unusual and impressive collection of historic rose-clad buildings including a mill and former dovecote, Cliff at Lyons is a glorious eighteenth-century village in an idyllic rural setting – contemporary luxury that values its important history, just 30 minutes from Dublin city centre.

Cliff at Lyons provides the perfect setting for a balmy September evening of Opera & Oysters.

Tickets for Opera & Oyster at Cliff at Lyons costs €89 per person (include matching wines with your meal for €110 per person).

For information and to book check here

TOP IDEAS FOR FAMILY DAYS OUT IN KILDARE THIS SUMMER

Into Kildare Shares the Love this Valentines Day