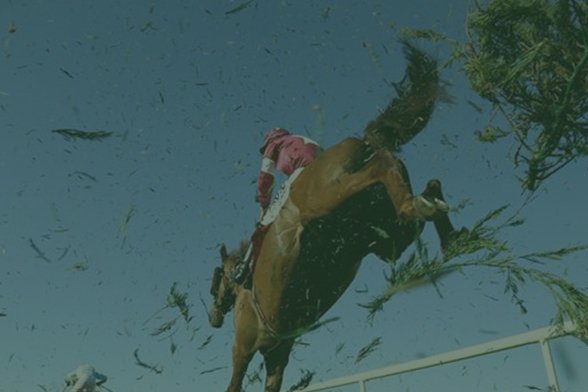 Searching for Shergar: The Curragh Connection

The artist-in-residence at the Curragh Racecourse is featured in a new documentary on the mystery of Shergar, which is due to air tonight (Thursday) on BBC1

Equine artist John Fitzgerald was commissioned by makers of ‘Searching for Shergar’ to paint a portrait of the famous horse who disappeared on February 9th, 1983

BAFTA award-winning documentary director Alison Millar says she is ‘certain’ of the location of the racehorse’s remains on a Co Leitrim bog, which will be revealed in the programme tonight from 9pm.

The documentary is based on letters sent from Maghaberry Prison by IRA Supergrass Sean O’Callaghan to the Blefast Telegraph’s late political editor Liam Clarke.

Meath man John, who went to Maynooth post-primary school, met with Alison in a Naas coffee shop last year about the project.

statue of the great shergar at kildare . ?- Paul May . #shergar #horseracing #legend

“She wanted to include a new painting of Shergar in the documentary. I was humbled and privileged to be chosen to do so with so many other fantastic equine artists out there. It is is one of my best pieces of work to date,” he said.

“I started off with charcoal sketches last November, working from a few pictures of Shergar and I got a feel for the horse before I put him on canvas.”

Cameras rolled in John’s studio as he was painting but he is used to working under pressure.

“When I’m at the Curragh I paint live, so you have to be able to work under pressure as an artist and I’m really pleased with the outcome here.”

John said he wanted the painting to show Shergar as the horse he was and not the mystery that he became.

“I was just seven when he disappeared and I remember the front page coverage in all the papers. People tend to think now of what happened to him, rather than remember him as the superstar that he was.

“I wanted to put back the last piece of the jigsaw and remember the horse who is rarely rivalled, even today.”

Shergar won the 1981 Epsom and Irish Derby, the King George VI and Queen Elizabeth Diamond Stakes and the Chester Vase – all in the same year.

John is not the only man on the documentary with Kildare links, as the winner of the Into Kildare Chief Experience Officer competition, Stephen Maher from the Curragh, was a photographer on the project.

He recently won the Into Kildare competition to find the perfect person to promote Kildare online to a global audience.

A post shared by EpsomDownsRacecourse (@epsomdownsracecourse) on May 19, 2018 at 3:08am PDT