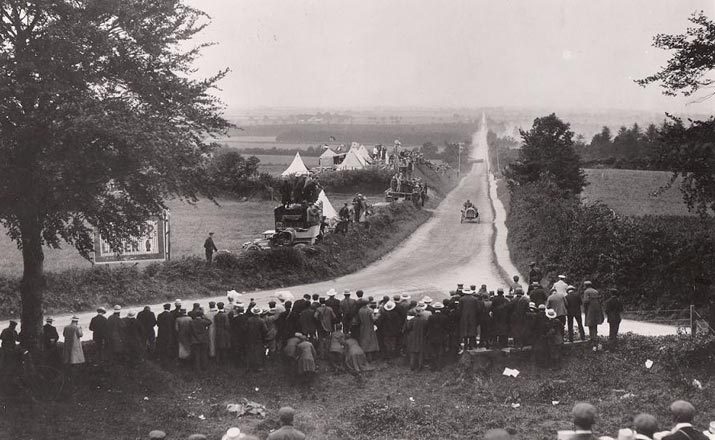 The 1903 Gordon Bennett Cup Race came to Ireland because of the remarkable victory by Selwyn F. Edge in the 1902 race. The rules required the winning country to stage the following year’s race and so unexpected was the British victory and so strong the establishment opposition to motoring in that country that there was little hope of the race being staged there. 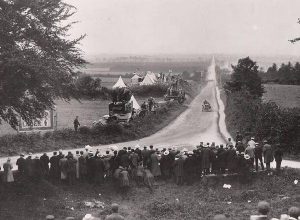 A number of enthusiastic motorists seized upon the opportunity to unite all shades of Irish political and public opinion and secure the race for Ireland. The race, it was decided, would form the central element in a fortnight of motoring contests held throughout the length and breath of Ireland. What followed next can best be described by the modern phrase, ‘media frenzy’, as preparations got underway for the biggest sporting event ever to take place in Ireland up to that time. 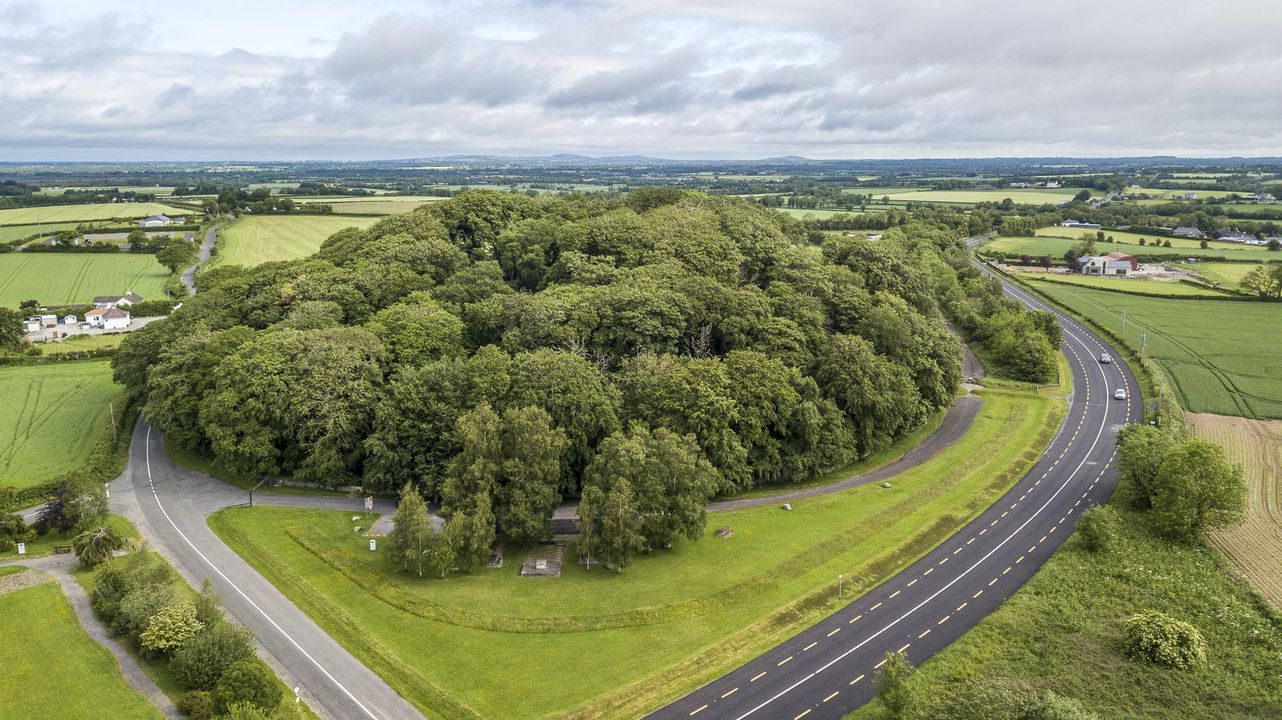 Many thousands of visitors came by boat to view the race while some 1,500 brought their cars with the intention of touring the countryside while here. As the total number of cars in Ireland was only around 300 at the time this was a huge influx and provided many Irish people with their first opportunity to see a motor car. 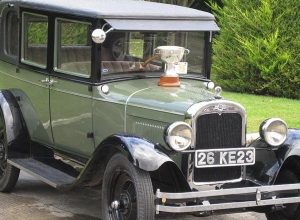 Four countries entered teams of three cars each for the contest: France, the United States, Germany and Britain. The cars were to be painted in national colours – France in blue; the United States in red; Germany in white and Britain, in deference to Ireland’s role in organising the race, chose emerald green. The chosen route was a figure eight course centred on Athy.

The cars would complete three laps of the eastern circuit and four of the longer western circuit giving a total distance of 524km (327.5 miles). Unlike the great city-to-city races, which had taken place across France prior to the Irish race, this was a race over a ‘closed’ circuit. As a result some 2,300 policemen were drafted in to marshal the course with great success.