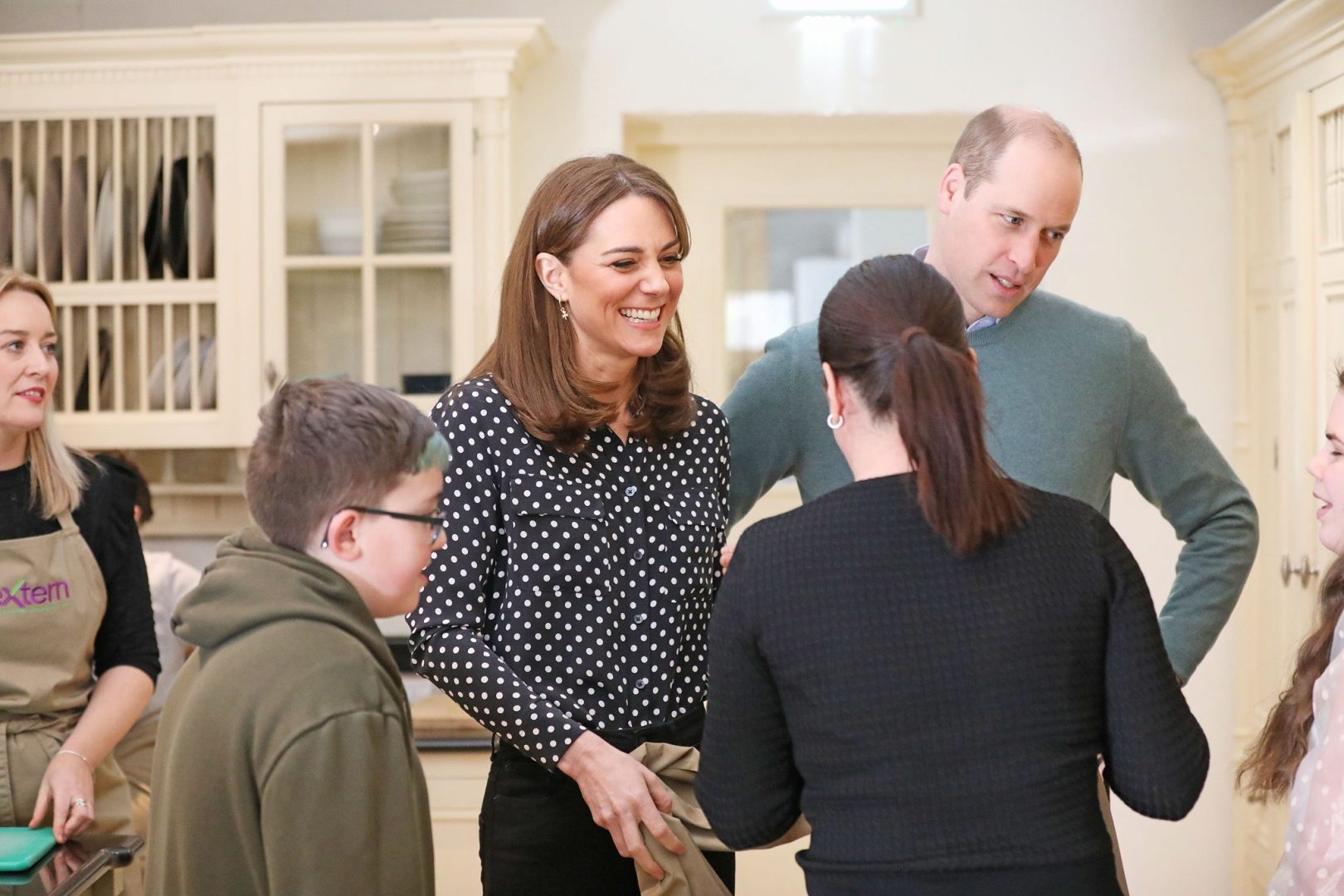 The Duke and Duchess of Cambridge thrilled locals this week with a visit to County Kildare!

Of course this is not Kildare’s first brush with the Royal Family – the Museum of Style Icons is also home to the stunning Princess Diana collection. Queen Elizabeth also paid a visit to Kildare in 2011, as well as Princess Anne in the late 80s.

On the way to Savannah House the Royal couple were greeted by cheering crowds of locals, young and old (some children were even taken out of school for the occasion!)

They stopped and took their time to shake hands and speak to people in the crowds. Kate had an especially sweet moment with three young girls, who were incredibly nervous to meet the Duchess.

“Do you know I also get hot and bothered when there’s lots of people around. But you’ve come and said hello to me and I really appreciate it!” said the princess.

The Prince and his wife even reportedly popped into the local Londis in Prosperous where they picked up ingredients for vegetable soup, which they would prepare later that day in Savannah House with a group of young people.

Savannah House, run by social justice charity Extern, provides a safe space to support vulnerable young people and families who are going through challenging times. The Duke and Duchess of Cambridge joined young people supported by the charity for a range of activities that helps to equip those at Savannah House with key life skills, including budgeting, meal planning, and most importantly…cooking and healthy eating! #RoyalVisitIreland

They joined a group of young people supported by the charity for a range of activities that helps to equip those at Savannah House with key life skills, including budgeting, meal planning, and most importantly…cooking and healthy eating!

As well as preparing a meal, William and Kate also let their competitive streak shine as they tried their hand a bit of table tennis!

Kildare is no stranger to a few famous faces, having previously played host to Olivia Newton John early last summer, while other stars like Mick Jagger, Rod Stewart, Eric Clapton and Frances Bean Cobain have also visited the Thoroughbred County.