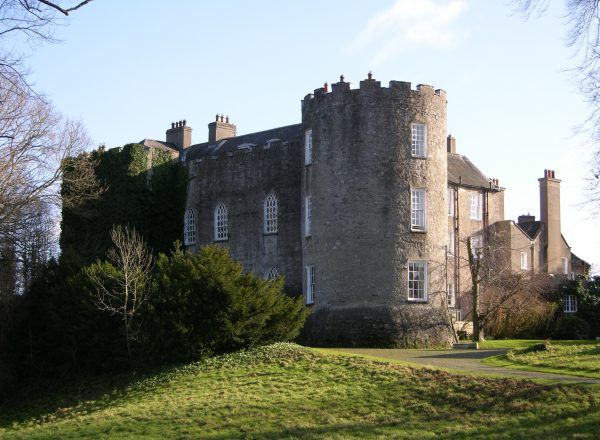 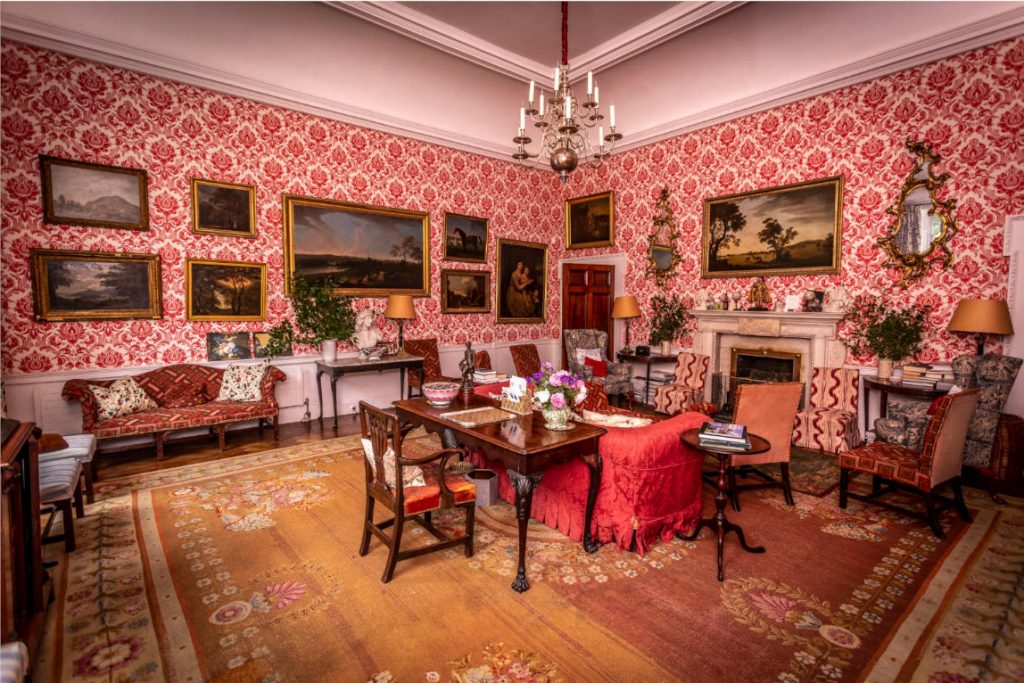 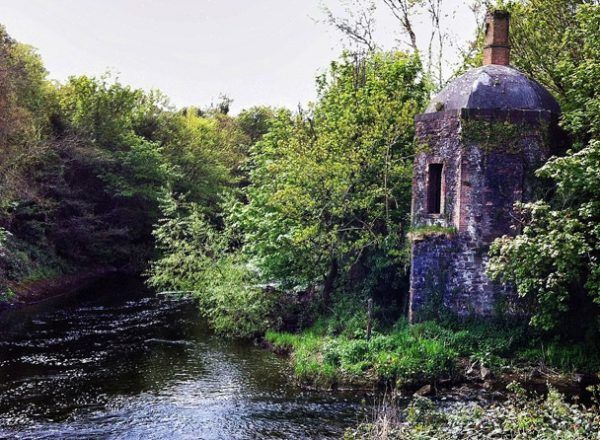 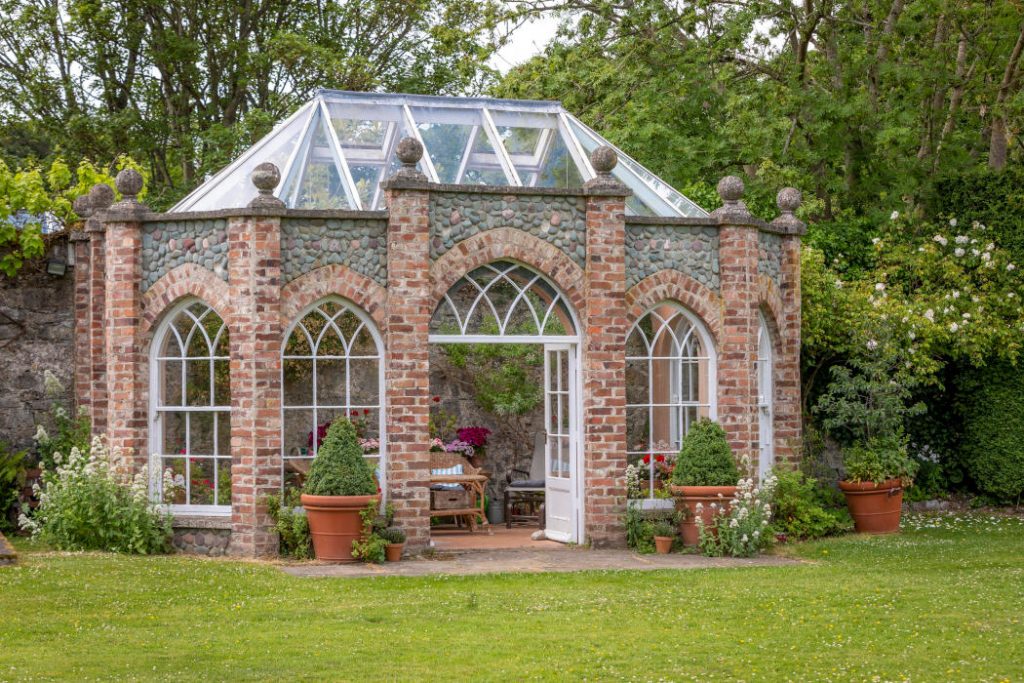 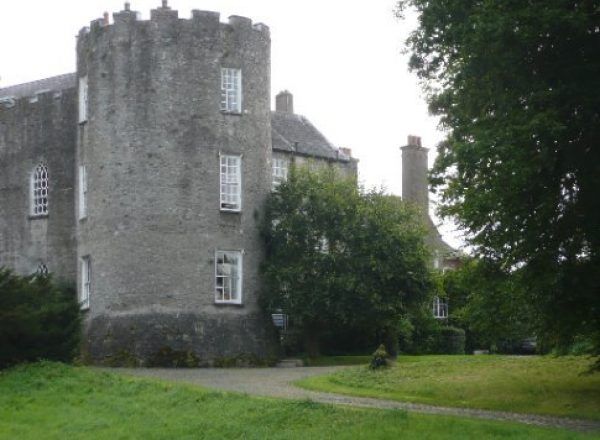 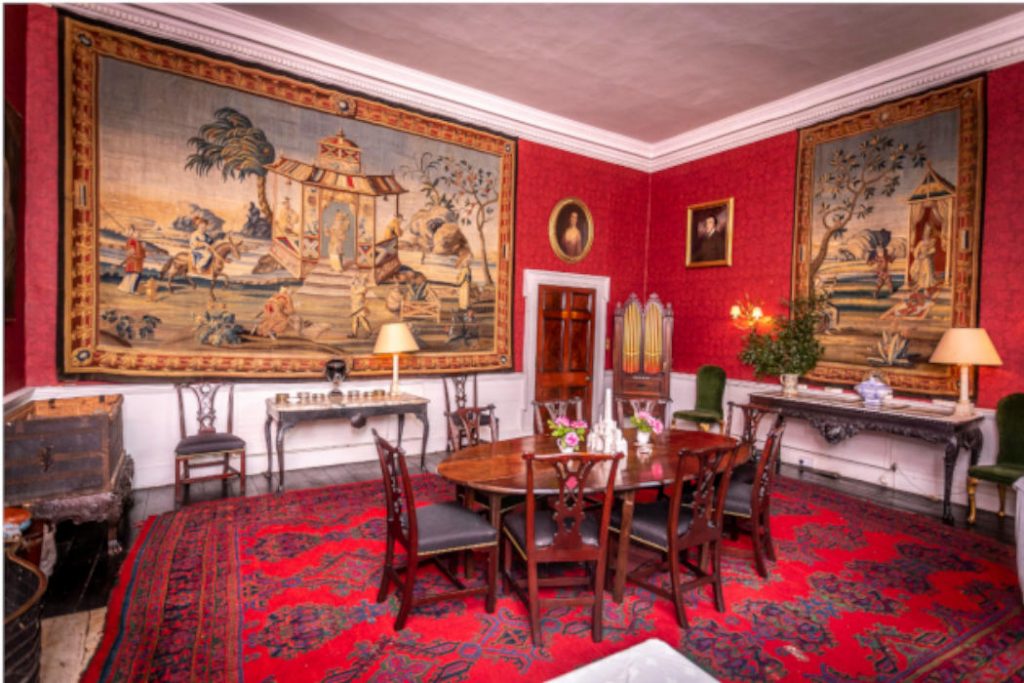 Open to the public for visiting at selected periods of the year, it is well worth spending a few hours in the fabulous grounds and 12 century Norman castle.

The castle was built soon after 1172 by Adam de Hereford, a follower of Strongbow, the Norman invader of Ireland. It has passed through many hands and has been in the ownership of Mr. Desmond Guinness and his family since 1958.

Features of Leixlip Castle include, The Front Hall, which boasts a 17th century Brussels tapestry depicting Theodotus offering the head of Pompey to Caesar. The Dining Room is furnished with Chippendale Chairs and Bavarian tapestries.

The plasterwork in the Library dates from the mid-18th Century. The carpet is French Savonnerie. A treat in the Drawing Room is the large 18th century Dolls House that originally came from Newbridge House and drawings of the six Mitford sisters by William Acton.

The garden has a conservatory and temple and white iron gates at the far end of the lawn leading to the walled vegetable garden.

Open days for 2022 can be found below. Visitors can visit the gardens for a walk around during open times with no bookings or admissions required if they don’t want to tour inside the castle.