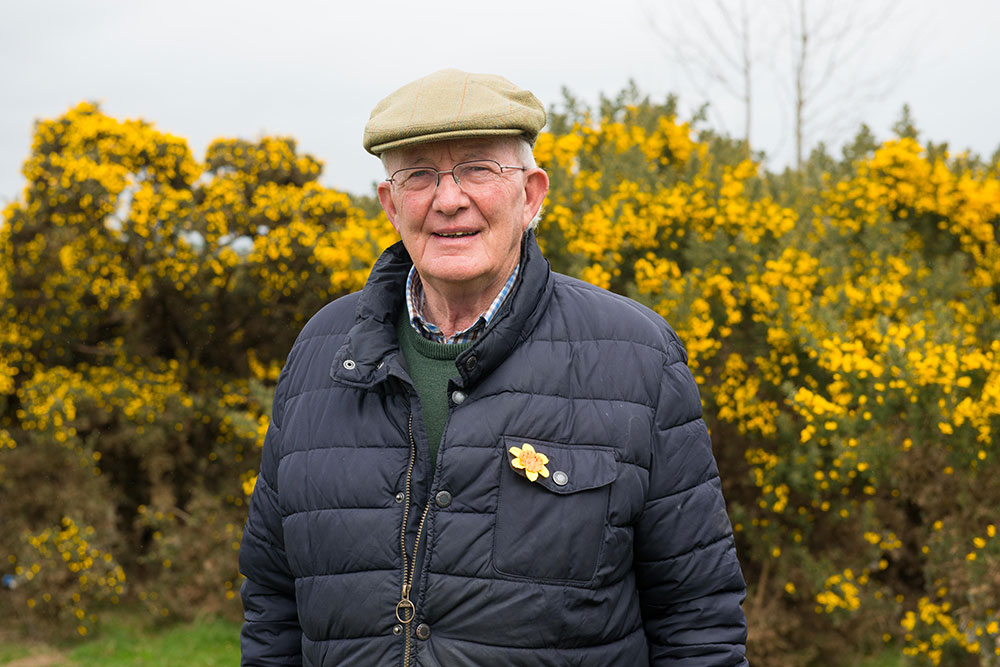 We caught up with Jim Kavanagh from Kildare Town to chat about his Legends Museum and the Kildare Derby Festival taking place from Saturday, June 18th – Sunday, June 26th.

Jim gives some interesting insight into the history of Kildare Town and the Kildare Derby Festival, as well as some of his favourite things to do and places to go!

Well, the Kildare Derby Festival goes back many, many years and was always the highlight of the derby week. It brought crowds to Kildare. The latter years it was felt that the festival needed maybe a new branding, a new overhaul, so we’ve added a number of other events to what was already there, and the new events have been very well received by the public.

Well, you’re going to come into Kildare and the first thing you’ll notice is the atmosphere, you’ll just get this buzz of ‘there’s something happening’, and there’s buntings, there’s flags out, the events are advertised, and in Kildare we’re very lucky to have the square, which is a traditional market square and it’s a gathering place for people, and since we’ve deleted the traffic from it and opened it up, we’ve coffee shops, we’ve restaurants, so you’re coming into what’s already a very good atmosphere and people are drawn to it then and we’re adding in the derby events.

My particular event is the Legends Museum, because that’s been my business all my life, racehorses, and as a new venture this is has proved very, very popular with the tourists that come, the racecourse that comes and the locals.

There’s a lot going on, including bands playing, exhibitions, the pooch parade, all available on the Kildare derby website.

I think that, as a historian, our tradition in Kildare Town goes way back with the thoroughbred horse, the Curragh racecourse, they’ve been racing there for centuries. And I think sometimes it’s forgotten how important the racing industry is and the wonderful people that have graced the turf between Kildare and the Curragh, and the number of great jockeys, great stable staff, owners that have lived in the area.

So, what we try to do is we run the museum, we’ve got black and white movies of the derbies in the early part of the last century, we’ve got modern derbies, we’ve got memorabilia of the great trainers that were on the Curragh. So, what we’re doing is we’re asking you to come in and look and have a look back in time and to realise maybe at that time they weren’t recognised for how good they were, professional they were and famous they were. We’re trying to relive that, and then people can go home and say ‘yes, I remember Paddy Prendergast, I remember Mickey Rogers, I remember Willie Burkright and santa claus in the derby’, and for people who don’t remember, we’re giving them the opportunity to take in this information.

My favourite thing to do, and I’ve been doing for a long time since the square has been made traffic-free, there’s nothing nicer than walking around Kildare, through the village. We have a legends walk at the national stud and every furlong we have a derby winner of a decade, and to walk from the national stud into Kildare, through the village, up the town through the main street and finish up where the turf club was originally founded in 1790 near the Kildare House Hotel. So, that’s a beautiful mile and a half walk, then go back up to one of the beautiful, wonderful cafés that we have, or restaurants, and have a cappuccino or cup of tea, and sit down, like you would on the continent, and just look at people walking round.

Now, that is the great question. We’ve got Harts, we’ve got Silken Thomas, we’ve the Kildare House Hotel, we have Cunninghams, we’ve got Kingsland Chinese, we’ve got Sitaria, the Indian, I don’t want to leave anybody out but Agape, we’ve got so much in Kildare.

You could say that Kildare is probably the cuisine capital of the county. I visit them all whenever I can, I’m never disappointed.

The Curragh of Kildare.

Well, I could say Sea Biscuit, who was a famous horse in America in the 30’s, during the depression. He had crooked legs, he was small, he was given up as a bad job, and yet he won very, very many races including derbies in America and gave the people a focus on something they could forget about their troubles during the depression. So, that’s definitely, Sea Biscuit, wonderful, wonderful horse, brought the people along with him and it’s a great story, I like that.

But my favourite film of all is probably Ben Hur, since I was a kid. Ben hur is a film that was made with thousands and thousands of extras and it was a wonderful story and they don’t make them like that anymore.

Well, I’d say at my age that’s definitely one of my mottos.