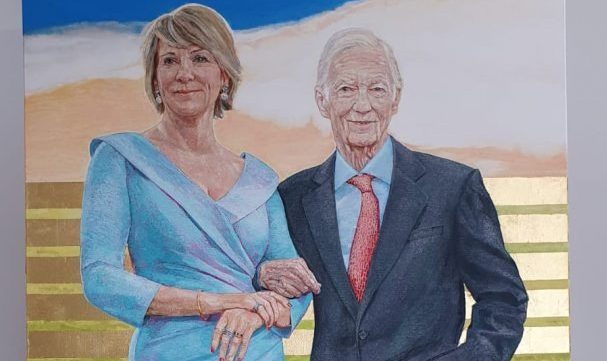 The Racing Legends Museum returns to the Courthouse in Kildare town and opens this Saturday June 18th at 2pm. The museum celebrates Irish Derby legends with exhibitions of silks, pictures, trophies, videos and bios. The museum is all part of Kildare Derby Festival which has over 15 free and ticketed events running from Saturday June 18th until Sunday June 26th including 3 race days at the Curragh Racecourse.

Every year the festival celebrates an iconic horse or jockey with the title of Irish Derby Legend. This year the horse Old Vic has been inducted into the Hall of Fame. Old Vic was an impressive winner of the Irish Derby in 1989 ridden by American Steve Cauthen and trained by Sir Henry Cecil. He also won the Prix de Jockey club (French Derby). The owner of Old Vic Sheik Mohammed donated his winning prize money to installing a new woodchip gallop on the Curragh training grounds. This gallop, now named Old Vic, is the flagship of The Curragh and is used not only by Curragh trainers but trainers nationwide.

The museum also has a special tribute to legendary jockey Lester Piggott. Champion jockey in Britain 11 times including 9 Epsom Derby winners. Lester was a familiar visitor to Ireland and the Curragh where he rode 16 Classic winners including 5 Irish Derby winners. A specially commissioned painting of Lester Piggott and Tracy Piggott will be on display in the museum which has been painted by Dutch born artist Lia Laimbock.