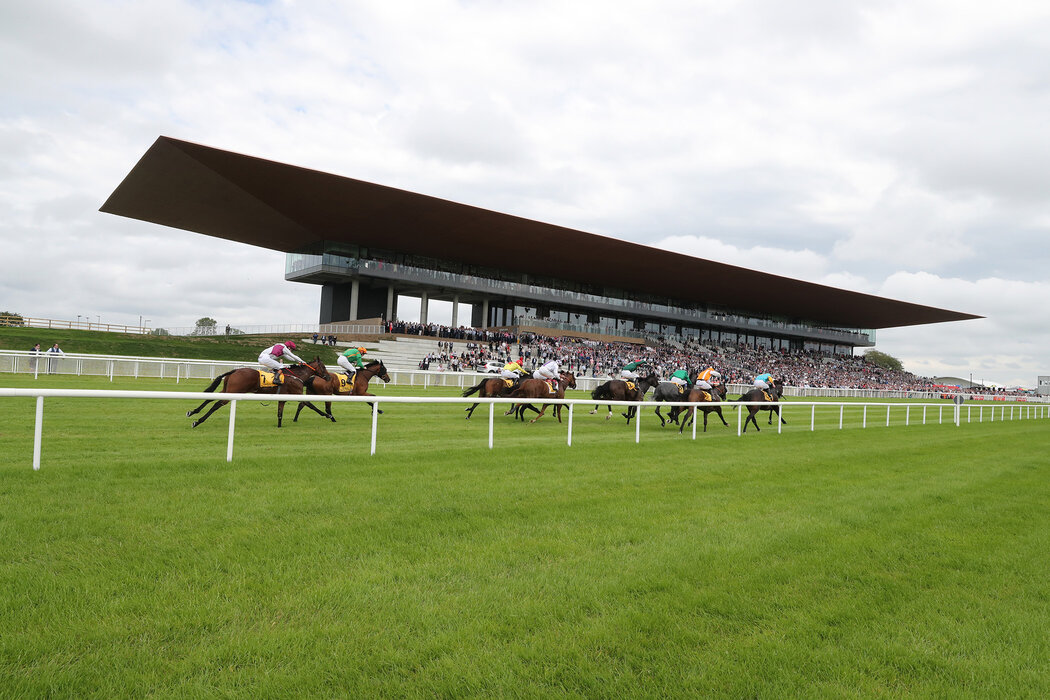 The Flat is Back!

And It’s back with a bang, sporting a Lilywhite hue as The Curragh and Naas combine to provide a weekend welter of high-class fare on and off the track, with the 2022 Flat season getting under way on March 26 and 27.

The Thoroughbred County is the only place to get the campaign started and the Kildare collaboration offers something for everyone, from quality of racing to looking ahead at how the year might unfold as well as some behind-the-scenes access and the rest of the entertainment that is integral to a fun day out for all the family.

The co-operative effort is sure to be a hit both domestically and with enthusiasts from further afield looking to get away from it all for the weekend.

It all kicks off at The Curragh on Saturday, March 26, for the first of 23 race days at the Home of the Classics that will offer a significant increase in cumulative prize money and an enhanced race-day experience for owners with runners.

A notable aspect of this fixture is the emergence of new sponsors at The Curragh, in the form of Castlefield Stud, who stand first-season sire, Alkumait, and Barberstown Castle, recently acquired by racehorse owner, Amanda Torrens.

Then, it is on to Naas the following day, Sunday, March 27, where Plusvital, Compas Stallions and Equuip are among the key sponsors and owners with runners have access to first-class hospitality and facilities as they watch their charges perform.

The feature of The Curragh’s eight-race card is the Group 3 Lodge Park Stud Park Express Stakes, which gets under way at 3.41pm and has been won in the past by the likes of Alexander Goldrun (2004) and Lolly For Dolly (2011) and was claimed last year by Epona Plays for local trainer Willie McCreery and jockey Wayne Lordan.

McCreery could be represented by Group 2 Kilboy Estate Stakes winner Insinuendo, but it is English 2000 Guineas and Prix Rothschild heroine, Mother Earth who heads the entries and is one of three potential runners for champion trainer Aidan O’Brien.

The Paddy Twomey-conditioned Limiti Di Greccio could be an interesting contender, as a progressive filly who signed off her juvenile campaign with triumph in the Listed Staffordstown Stakes at this venue last October.

The Paddy Power Irish Lincolnshire (4.16pm) is invariably a most exciting contest, with anything up to 24 runners hurtling down the finishing stretch in the mile-contest and €100,000 in prize money on offer for the season’s first premier handicap, the largest chunk of which was garnered last year by the Noel Meade-trained Layfayette, who was ridden by Chris Hayes.

Racing gets under way with the Alkumait Standing at Castlefield Stud with a €100,000 Bonus 2yo Irish EBF Maiden at 1.25pm, with the gates opening at 11.30am.
Thanks to The Curragh’s ongoing partnership with Cavalor Equine Nutrition, all winning horses will receive an equine wellness hamper.
Meanwhile, Moyglare Stud will continue to sponsor the stable staff canteen, ensuring that the men and women who care for the horses and are working on the day can enjoy a complimentary meal.

It was won 12 months ago by Aidan O’Brien representative Broome, and the five-year-old would go on to enjoy a magnificent season, winning twice at Group 2 level at The Curragh before recording a thrilling triumph in the Group 1 Grand Prix de Saint-Cloud under Colin Keane.

Also on the card is the Madrid Handicap, worth €45,000, and a race with a glittering history since its inaugural winner, Lucinda in 1813. Amazed By Grace took the spoils in 2021, ridden by Danny Sheehy for trainer Johnny Murtagh, and in the colours of the trainer’s wife, Orla.

The first race on the card is the Kuroshio at Compas Stallions Maiden at 1.30pm and gates will open for entry at 12pm.

A key element to the weekend festival is providing visitors with some insight as to what is involved on race day and also to consider what might occur, at a time of year when everyone has a dream and the champions of tomorrow are still to emerge, while the anticipation that comes with the existing stars returning to the exhibit their class is also thick in the air.

At The Curragh, included in the entertainment will be a variety of parade ring chats and previews with leading trainers and jockeys as they look forward to the season, together with a number of very special guests.

At Naas, multiple Classic-winning jockey, Chris Hayes will join clerk of the course, Brendan Sheridan and general manager Eamonn McEvoy to take anyone interested on a walk of the track that is certain to be informative and enlightening. To register your interest for this unique opportunity, which is available free of charge and starts at 10.30am, mail goracing@naasracecourse.com.

At 12.15pm, Hayes will participate in The People Behind The Moment panel discussion In the Marquee along with local trainer Ross O’Sullivan, breeder Micheal Orlandi of Compas Stallions, who sponsor four races on the card, Johnny Bourke of Syndicates.Racing and Heather Downey, representing the event sponsors Equuip. Tea, coffee and sweet treats will be served

Throughout the day, jockeys will mingle and perform meet-and-greets particularly with children, as well as offering some guidance on the racehorse simulator and handing out goodie bags.
Other forms of entertainment will be on offer to the younger generation too, in the form of a magic show at 2pm, while face painting is available from 1-3pm. Naas also has an on-site crèche.

Race schedule at The Curragh, March 26

Naas are providing free shuttle runs from Sallins train station and Naas town before and after racing.

Brian Kavanagh, CEO The Curragh Racecourse said: “The decision to jointly launch this year’s flat season is a really positive initiative with both tracks working closely together with one common goal to promote, market and highlight what promises to be a very exciting season. We are really looking forward to welcoming racegoers back to The Curragh and will do all we can to ensure they have a great race-day experience.”

Eamonn McEvoy, General Manager Naas Racecourse said: “Naas are delighted to be joining forces with The Curraghe to host the opening weekend of the Irish Flat season. We are looking forward to starting our season off in style with a great card here at Naas on Sunday, featuring the Plusvital Devoy Stakes and Madrid Handicap. The purpose of the weekend is to celebrate the Flat season and also give raceogers a further insight into the industry. We have a lot of activities happening on the day including a track walk and “The People Behind the Moments” panel discussion sponsored by Equuip before racing.”