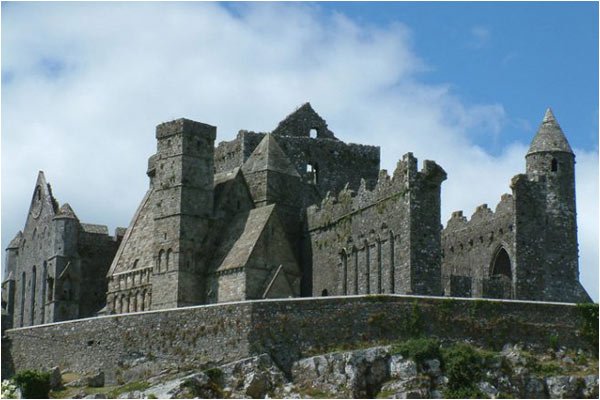 Think big, think bold, think bloody – this is an incredible journey into the heartland of the Normans as they stormed their way across Ireland, creating castles and forging alliances. Along the way, you’ll encounter beautiful green pastureland’s, fascinating towns with turbulent histories, and even a little bit of luxury.

Route: Longford to Monaghan via Cavan 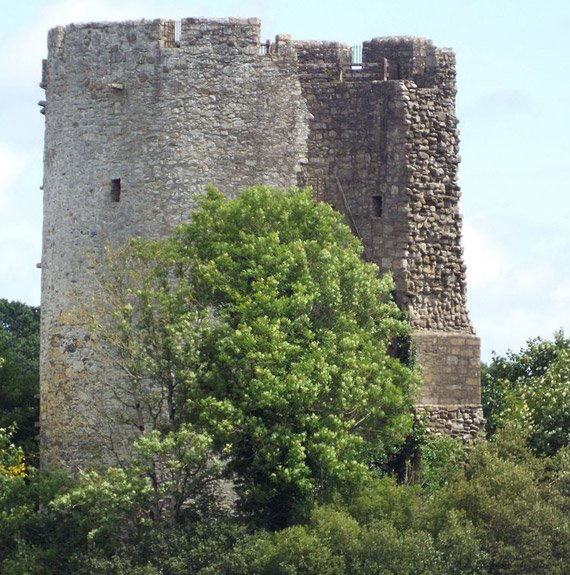 Stand on top of Longford’s Granard Motte and Bailey and you can quickly see why the Anglo-Normans chose this site in 1199.From here, the panoramic view sweeps across five lakes, nine counties and – on a clear day – even the Slieve Bloom Mountains. Built on top of a ring fort – some say there’s even a castle concealed in this grassy mound.

Driving north, you’ll hit the wetland beauty of Lough Oughter, where you can arrange a boat tour at the Cavan Canoe Centre to see the remarkable Clough Oughter Castle. Rising up out of a small island in the historic Kingdom of Breifne, this early 13th century castle has seen much conflict and drama, but today it’s utterly serene.

Walk across a bridge and enjoy the beauty of this little fortification in the River Erne where the first European remains of the woolly mammoth were found. Find out more about Ice Age Ireland at the Monaghan County Museum, before dropping into Castle Leslie for afternoon tea. The Leslies are descendants of Attila the Hun, but fear not, they’re decidedly more sophisticated than their ancestor, and so is their incredible hotel. 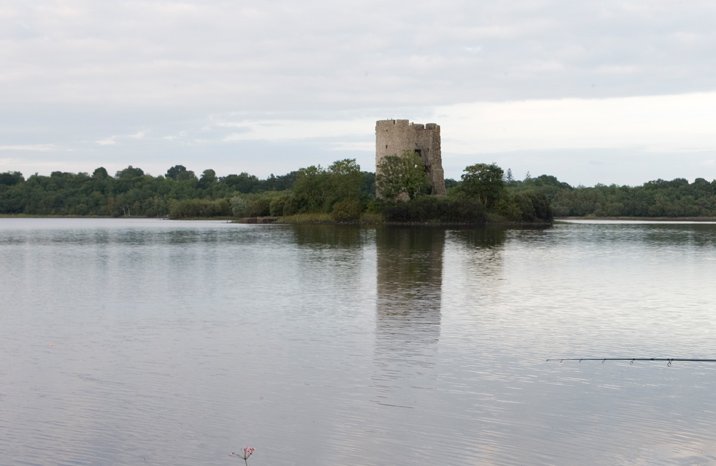 Relax at Cavan’s luxurious Radisson Blu Farnham Estate and take a walk through the gorgeous woodland here with guide George Beirne. It’s a real escape into the wilderness. 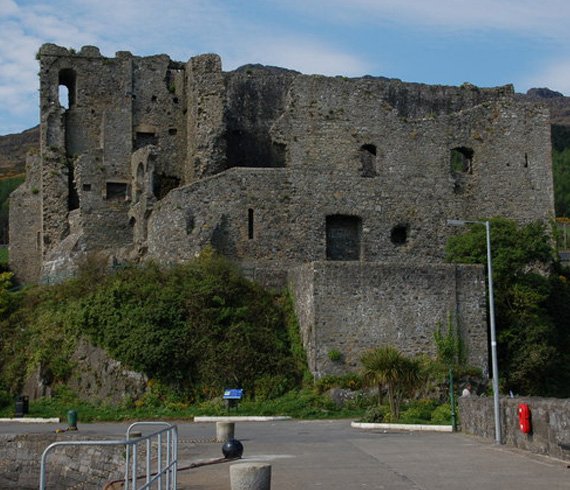 Driving out of the rural heartland of Monaghan’s Glaslough village, head towards the coast and the beautiful town of Carlingford.

At its heart is King John’s Castle, where the reputedly lusty and sinful King John of England stayed for three days in 1210. The castle went on to have an eventful history – it was attacked by Hugh O’Neill in 1596, was fired on by Jacobite forces in 1689 and was used as a hospital just before the Battle of the Boyne.

A great way to connect with the village is with a Medieval Walking Tour with tales of Viking raids and magical myths.

Enjoy a seafood pub lunch in PJ’s before sweeping around the peninsula south to the County Museum Dundalk. Here, among other fascinating items, you’ll find Oliver Cromwell’s shaving mirror.

Take a look into the Gothic church of St Patrick’s in Dundalk, before moving on to Drogheda – once one of the largest walled towns in medieval Ireland. Drive through St Lawrence’s Gate, and look up – you’ll see the Millmount Museum & Martello Tower, affectionately known as the “cup and saucer” – the very place where the Normans established a fort in the 12th century. 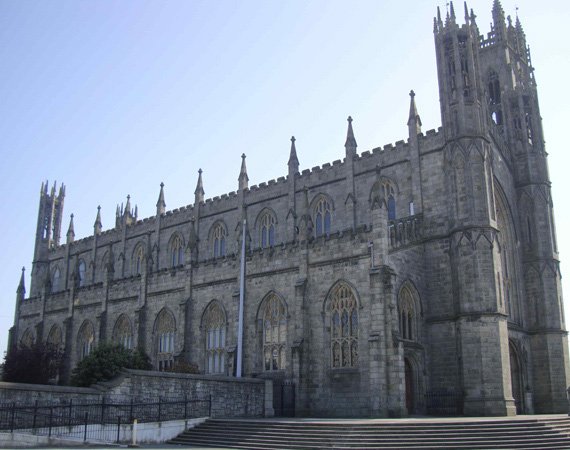 The Greenway between Carlingford and Omeath on the Cooley Peninsula is a 6.2km cycle and walking path, with beautiful views over the lough. 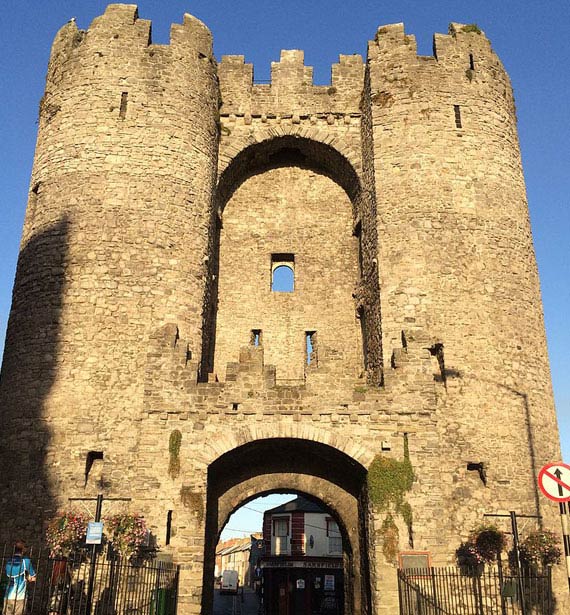 Start the day with a stroll around Drogheda’s medieval charms; at St Laurence’s Gate you’ll really get a sense of the proportion of this mighty entrance.
Twice, this huge gate withstood invasion – first in 1317 and then again in 1642. But in 1649, Oliver Cromwell finally overcame the town – more than 2,000 were massacred, with others sent to slavery in Barbados.

Join the Walking Tour of Historic Drogheda and you’ll hear about a lady who came back from the dead in the churchyard of St Peter’s Church of Ireland, explore the Millmount Museum & Martello Tower – once a military lookout to defend the town from invaders – or visit St Oliver Plunkett’s preserved head in St Peter’s Church. Hung, drawn and quartered in 1681, Plunkett’s head now sits in a vast gilded shrine.

Bid farewell to Drogheda for the green fields of the Battle of the Boyne Visitor Centre, where you can stand in the place where 60,000 troops fought in one of Ireland’s most defining battles back in 1690, before moving onto the Hill of Slane, where St Patrick lit his paschal fire.

Up next is Slane Castle, home to Henry Conyngham, the Eighth Marquess Conyngham, and well known for its massive outdoor rock concerts – check in advance for tours! 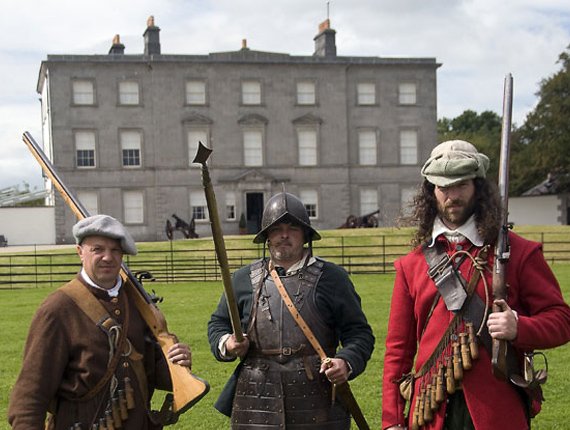 You’re perfectly placed to embark on the Boyne Valley Driving Route here, to take in the incredible sites of Newgrange, Knowth and Dowth, and the historic town of Kells. 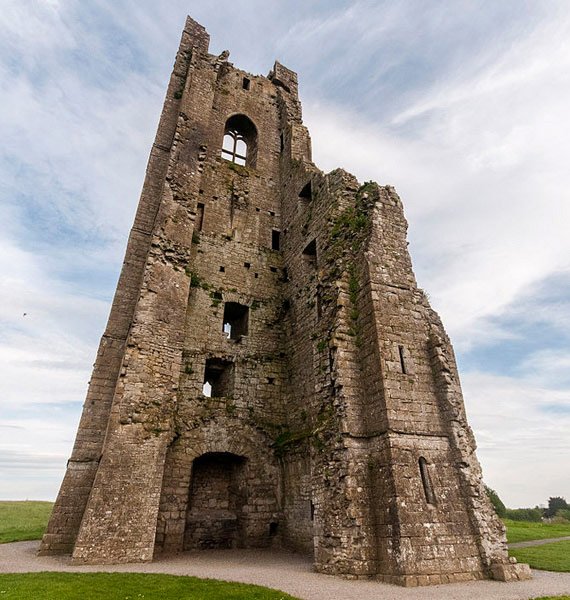 By more or less following the curves of the River Boyne out of Slane, you’ll get to Trim Castle on the south bank of the river.

This vast Norman castle is the largest in Ireland and was built over a 30-year period in the 12th century by Hugh de Lacy and his son Walter, to help curb the expansionist ambitions of Strongbow. Protected by a ditch, curtain wall and moat, the massive 20-sided tower was a force to be reckoned with – although it was breached in 1995 by the mighty Mel Gibson while filming Braveheart.

Pop into Trim Castle Hotel for a relaxed lunch, before joining a Trim Historical Walking Tour, which delves into the town’s historical sites, including Sheep’s Gate and The Yellow Steeple – once home to a statue of Mary famed for its healing miracles in the 15th century.

Heading south, take a tour of the historic Maynooth University campus, where Europe’s college university chapel and Ireland’s oldest native tree both have their roots. Just next door, you’ll also find the ruins of Maynooth Castle, given to Maurice Fitzgerald by Strongbow in 1176.

A short final drive will bring you to the day’s end at the delightful Barberstown Castle. Once owned by Eric Clapton and now a luxurious hotel, the castle was erected to protect the village from the rebellious Ui Faelain tribe in the 13th century. It also makes a perfect stop for dinner. 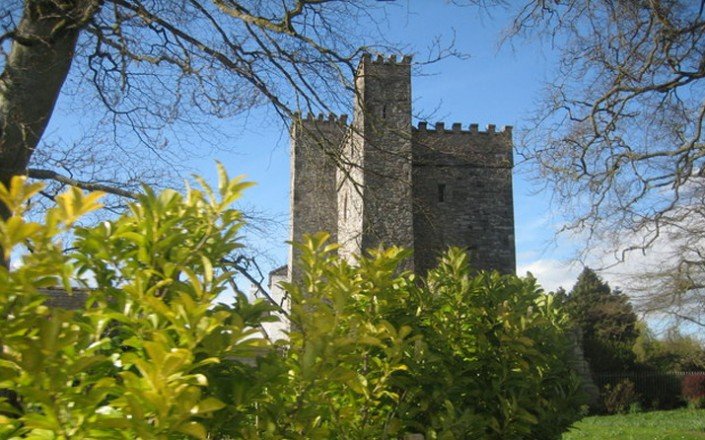 Take the Float Through Time Tour on the River Boyne with Boyne Valley Activities, and view medieval castles from the river – some erected for no other reason than their blissful riverside location.

Route: Kildare to Kilkenny via Carlow 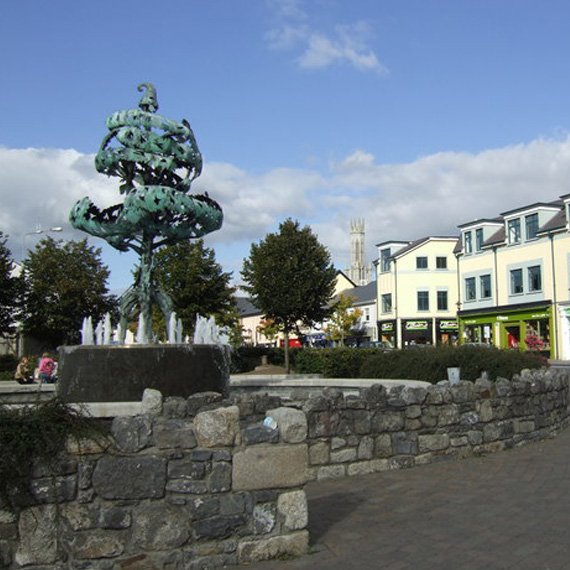 Barberstown might be a hard place to say goodbye to, but it’s up and off to the Carlow County Museum next. Despite being Ireland’s newest museum, a visit here will catapult you back hundreds of years with its wealth of fascinating objects, including an original gallows trapdoor from 1835, through which a certain Lucinda Sly was executed.

Soak up the best of the town’s sights next with the Carlow Town Walk, which will bring you past the Liberty Tree that commemorates those killed in the 1798 rebellion; the ruins of Carlow Castle; and the elegant Assembly Rooms, once owned by George Bernard Shaw and used in the late 18th century for dinner, balls and musical recitals.

Stretch your legs in Kilkenny city next with a walk back in time along the fascinating Medieval Mile and Kilkenny Castle, before getting in gear for the Smithwick’s Experience. Celebrating over 300 years of brewing history, here’s where you can immerse yourself in the story of Ireland’s oldest beer brand.

Finish the night with a trip to The Field Bar and Restaurant for some well-earned refreshments accompanied by live music. The venue itself started life as an alehouse in 1620 – and its rustic menu is a guaranteed crowd pleaser. 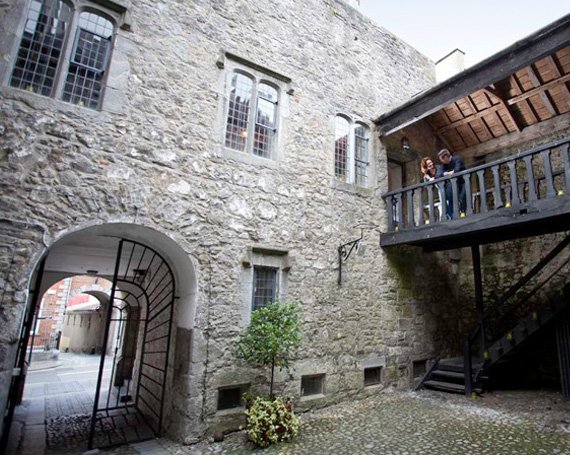 Kilkenny’s historic setting and vibrant atmosphere blend perfectly during its annual Arts, European Film, Sky Cat Laughs, and TradFest festivals, to name but a few. Marry up your trip to enjoy the festivities while you tour!