The weather has been fantastic the past few months, the flora and fauna have thrived and are lapping up the glorious sunshine. Taking a walk through Kildare’s stunning nature trails is the perfect way to spend a sunny afternoon! From the carpets of bluebells and wild garlic covering the woodland floor of Killinthomas Wood to the nature trails and lake walks filled with wildlife at Donadea Forest Park. Pollardstown Fen another of our top 5 trails is a national and international treasure, famous for it’s post glacial raised bog and is the largest spring fen in Ireland which hosts many rare plants and bird species.

So make sure to take some time out to explore these scenic and serene walks, trails and boardwalks and discover the hidden treasures of Kildare this summer. 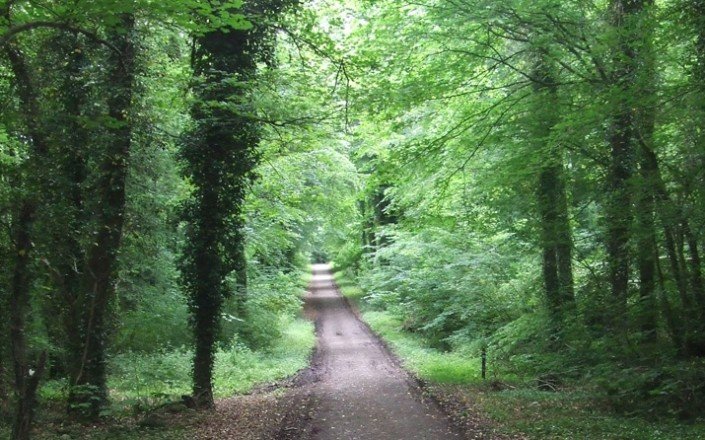 Donadea Forest Park is situated in northwest Kildare and comprises of approximately 243 hectares of mixed woodland. It is managed by Coillte the Irish Forestry Service Donadea Forest Park and was the home of the Anglo-Norman Aylmer family who occupied the castle (now in ruins) from 1550 to 1935. There are many historical features including the remains of the castle, walled gardens, church, tower, ice house, boat house and Lime Tree Avenue.  There is also a 2.3 hectare lake with ducks and other birds and a wonderful display of water-lilies in the summer. Walled streams form part of the drainage of the park.

The many nature trails and different forest walks including the 5km Aylmer loop and wheelchair accessible Lake Walk, as well as the café which serves light refreshments, make it a superb amenity for a family day out. The forest park also contains the 9/11 Memorial inspired by the memory of Sean Tallon, a young fire fighter, whose family had emigrated from Donadea . 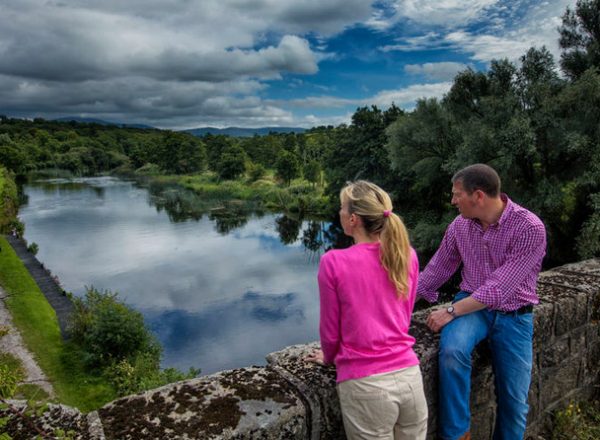 Enjoy an afternoon stroll, a day out exploring Ireland’s loveliest and second longest river, with something of interest at every turn on this 200-year-old towpath. It rises in the Slieve Bloom Mountains in the southern midlands, and flows to join its two ‘sisters’, the Nore and the Suir, before flowing into the Sea in Waterford. It was made navigable in the eighteenth century by the addition of short sections of canal along its course, and the 114km long Barrow Way follows surviving towpaths and riverside roads from the village of Lowtown in Kildare to St Mullins in Co. Carlow. The landscape consists mainly of grassy towpaths, tracks and quiet roads.

You can now enjoy an audio guide as you walk along the Barrow way. This guide has 2 hours of information and stories along the way, among them: the ancient kings of Leinster, the Devil’s eyebrow, the miniature cathedral of St Laserian, and the noisy Grand Prix of 1903. This is the perfect companion for anyone walking or cycling the Barrow Way, or canoeing or cruising the River Barrow navigation and Grand Canal line. You can download a sample version of the guide on GuidiGo or download the full-featured version with the GuidiGO mobile app on the App Store or Google Play. 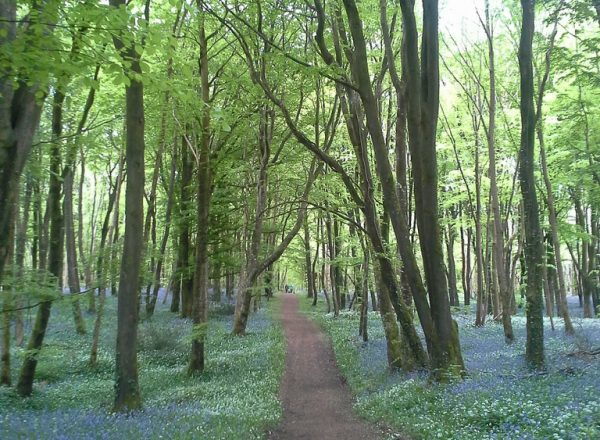 In conjunction with Coillte, Killinthomas Wood have developed a 200 acre amenity area within 1 mile of Rathangan village.  It is a mixed hardwood conifer forest with very diverse flora and fauna. The project won the Tidy Towns national award for wildlife conservation in 2001. There are about 10 km of signposted walks in the wood and these give access to a wide variety of ecosystems. In Spring/early Summer these woods are carpeted with bluebells and wild garlic. It is one of the few yet to be discovered areas of outstanding natural beauty in County Kildare. It has good car parks entrance is free and it is readily accessible for all. 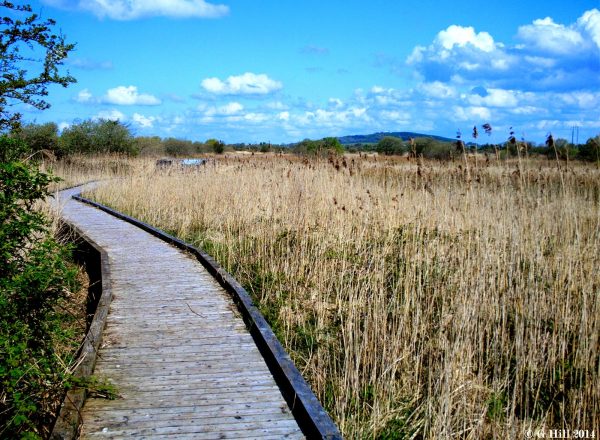 Pollardstown Fen is the largest remaining spring-fed fen in Ireland and is a very important site nationally and internationally. It is a post-glacial fen which began to develop approximately 10,000 years ago when the area was covered by a large lake. Over time this lake became filled with dead vegetation which accumulated and eventually turned to fen peat. The calcium rich water found here prevented the usual change from fen to raised bog and continues to prevent this process today.

The fen is largely composed of reedbeds freshwater pools, patches of scrubland, and a large woodland area which lies at the western end of the reserve. There are many rare plant species in the area such as Shining Sickle Moss and the rare arctic-alpine moss Homalothecium nitens. Other rare plant species include Narrow-leaved Marsh Orchid, Slender Sedge and Marsh Helleborine. Many resident bird species and also winter and summer migrants can be found in the habitat. Among them are regular breeders such as Mallard, Teal, Cood, Snipe, Sedge, Warbler, Grasshopper and Whinchat. Other species such as Merlin, Marsh Harrier and Peregrine Falcon occur regularly as vagrants. 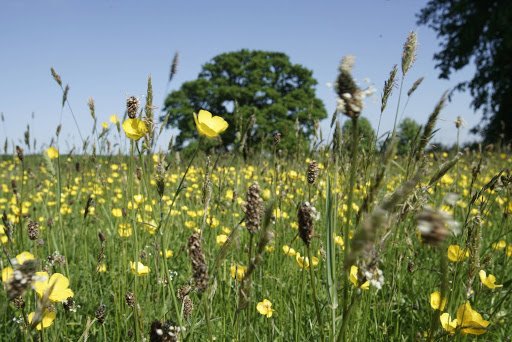 The Parkland and River Walks are open every day throughout the year. Castletown demesne won the Green Flag Award 2017 and 2018 from An Taisce and the best park Pollinator Award under the All-Ireland Pollinator Plan for both years. There is no admission fee to walk and explore the parklands. Dogs are welcome, but must be kept on a lead and are not allowed in the lake, as there is wildlife nesting.

Lady Louisa’s influence at Castletown can be seen not only inside the house, but also in the carefully laid out parkland that surrounds the house. Alterations to the landscape at Castletown began during Katherine Conolly’s stewardship of the estate and included the creation of vistas from the house to the Wonderful Barn and the Conolly Folly in the early 1740. Influenced by the improvements made by her sister Emily at Carton, Lady Louisa turned to the Castletown parkland south of the house towards the River Liffey and created a designed landscape in the ‘natural’ style championed by Capability Brown. The parkland includes meadows, waterways and woodlands with man-made accents carefully inserted into nature for the walker to discover and enjoy: a classical temple, a gothic lodge, clusters of once rare imported trees dotting wide open spaces, still ponds, cascades and watercourses, all enhance the pleasure of outdoor activities around an extensive network of paths, which were restored in 2011–13 by the OPW with support from Fáilte Ireland.