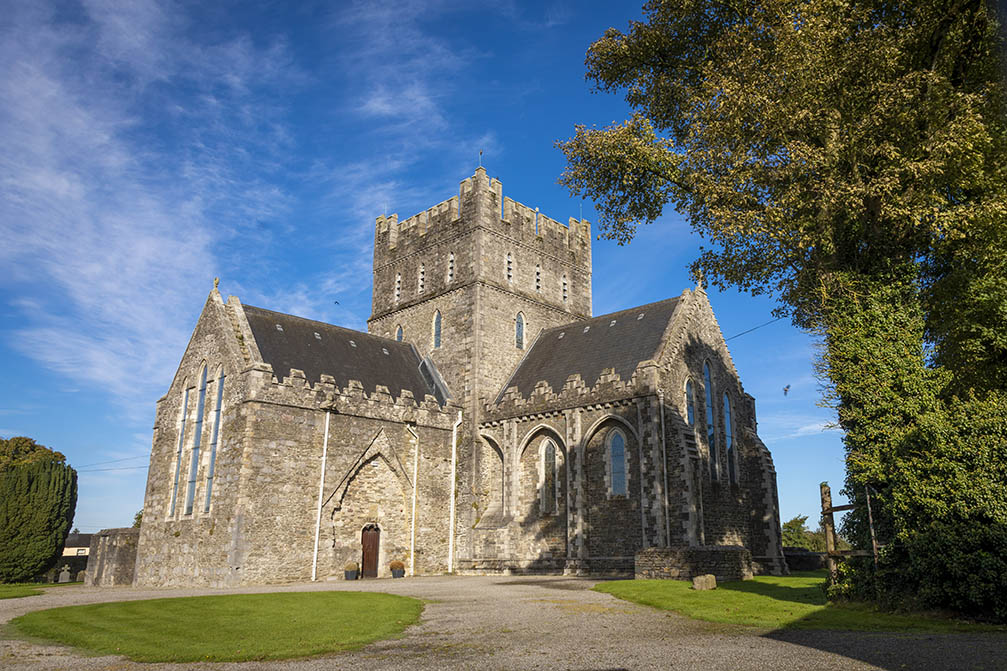 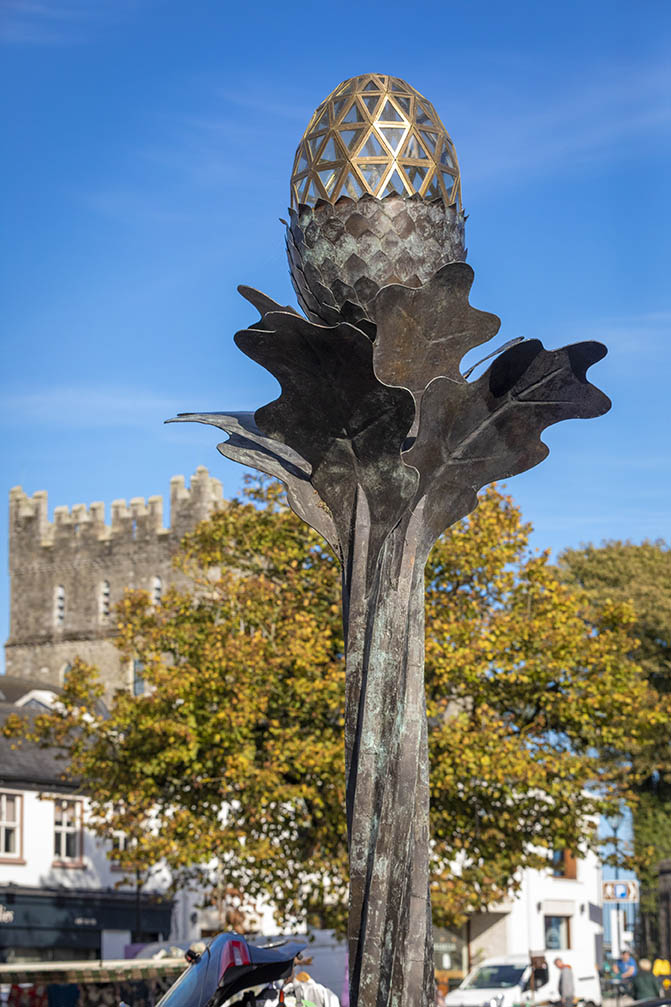 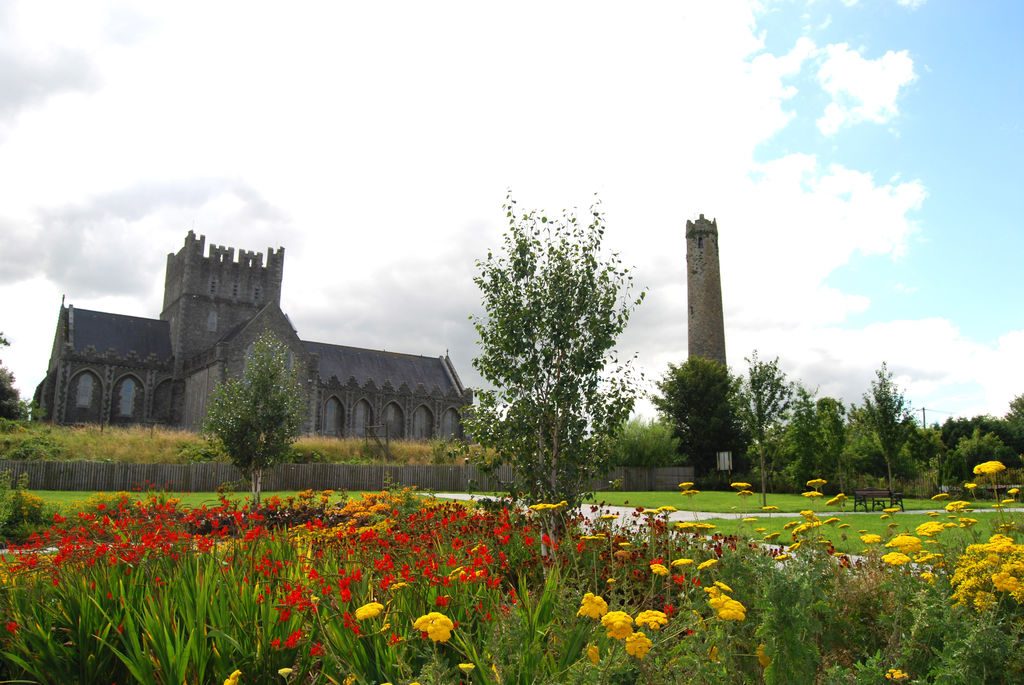 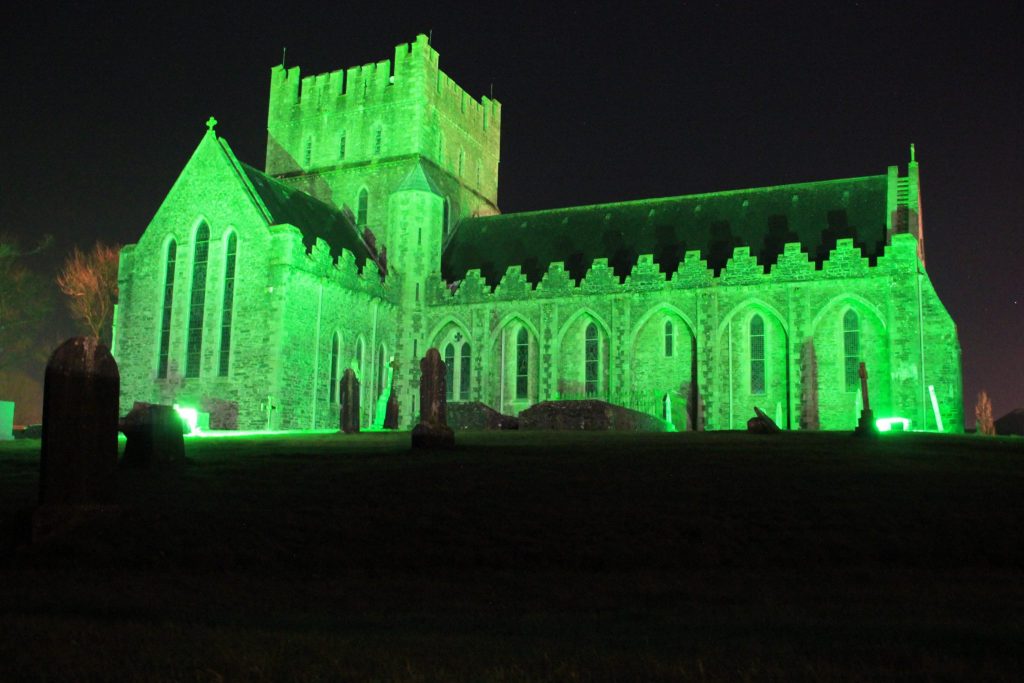 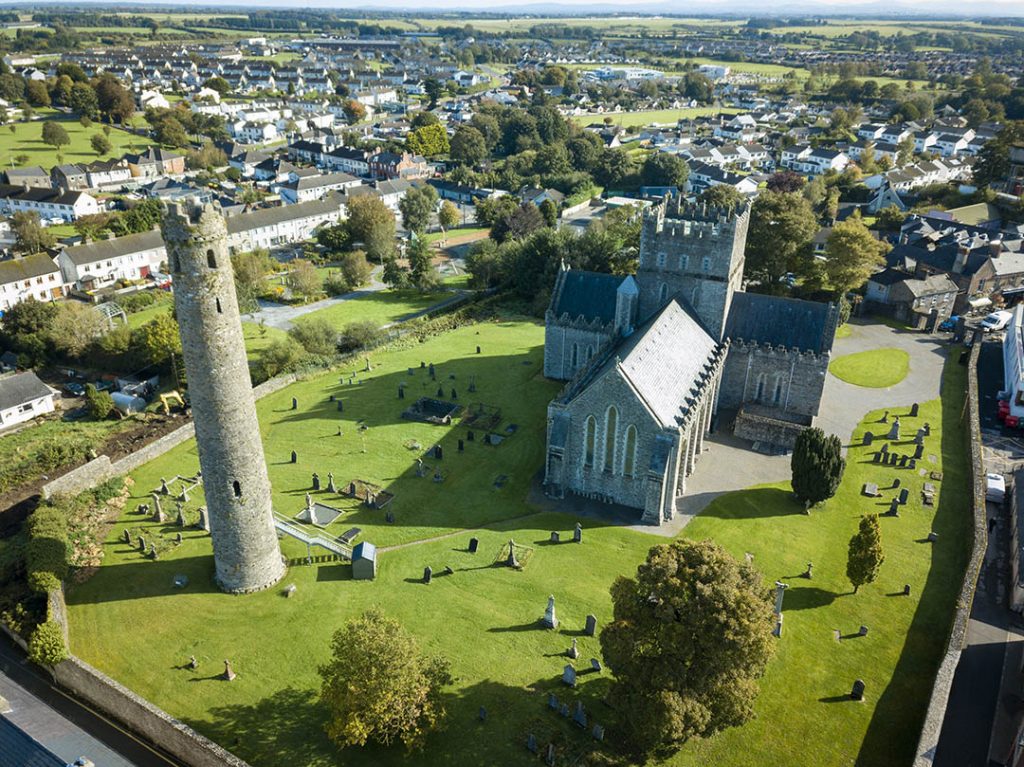 St. Brigid’s Cathedral, most recently rebuilt in the 19th century, stands on the original site of the nunnery founded by St. Brigid in the 5th century. Today it houses numerous religious artefacts including a 16th century vault, religious seals and a medieval water font, later used for christening. The architecture reflects the defensive function of the Cathedral, with distinctive Irish merlons (parapets) and walkways a noticeable feature of the roof.

Also in the Cathedral grounds and at 108 feet in height, Kildare’s Round Tower is open to the public during the season or on request. The tower is built atop Kildare Hill, the highest point in town. Its parapet affords panoramic views for miles, including the Curragh races! The raised doorway, some 4 meters off the ground, is surrounded by ornate Hiberno-Romanesque stonework. The tower base is constructed of Wicklow granite, transported from over 40 miles distant, and the higher portion is constructed from local limestone. The conical roof was originally destroyed and was replaced by a parapet to ‘facilitate viewing and complement the Cathedral’s architecture.’