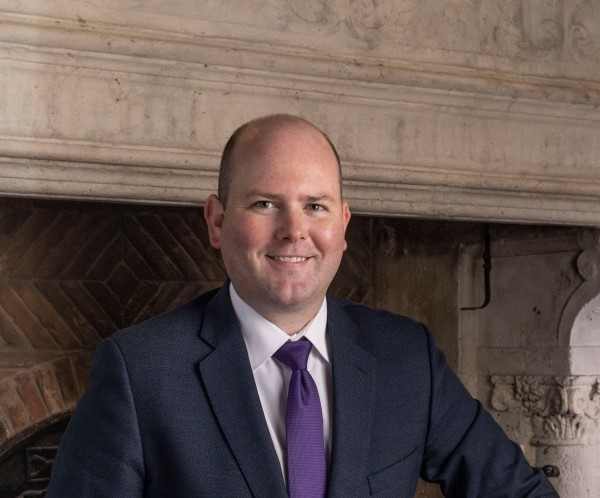 This week, we’re switching our focus to food producers and we’re talking to General Manager at Cliff at Lyons to hear all about how the pandemic pivoted them forward towards a more sustainable, environmentally aware future.

What inspired Cliff at Lyons to start growing their own produce on site?

I think there are number of factors – one is the whole conversation that is happening globally about the environment and one of the ways in which the hospitality industry can make a tangible impact on that is through sustainability. The hospitality industry in terms of transporting livestock, or in transporting goods from other countries contributes to fuel inefficiency and the carbon footprint. Therefore, a move to a more sustainable model has been happening for the past five year I would say. What the pandemic did was allow the Cliff at Lyons the space to really focus in on that and the opportunity to speed up that process. During the period of lockdown, we commenced what we call a Farm Project.

We’re the home to one of the top restaurants in the country – Aimsir, which is a two Michelin star restaurant, but during the pandemic we also launched The Mill Restaurant, in the old mill here in the village. Sean Smith is the chef in The Mill and Jordan Bailey is the chef from Aimsir. They have both been quite active in terms of this sustainable farm project, so in tandem with quite an extensive selection of vegetables, salads, we have four polytunnels where we grow our own herbs. The majority of that would be used in the Aimsir restaurant because the ethos behind Aimsir is in the name – the Irish for weather – that everything on the island of Ireland is used in Aimsir. For example, they don’t use olive oil in Aimsir because you can’t get that in Ireland. You won’t find foie gras in Aimsir because you can’t get it in Ireland. Everything is hyper local. From the cutlery that’s used, to the products that are used. That is the ethos, it feeds Aimsir restaurant along with The Mill. It provides them with the salads and vegetables. But as it’s developed, we’ve also taken on livestock. Late last summer we had the addition of six Kunekune pigs from New Zealand. They are being bred for the purpose of using the fat once they reach a certain age which is after a year which will then be used as the charcuterie in Aimsir. We’re at the phase with the pigs whereby we are getting an uncastrated male from a different farm and we’re going to start breeding the pigs and grow the herd. They are very popular as they are very cute!

In the next three weeks we are planning on finishing the final stages of the farm by adding a chicken coop so we will have 50 chickens and the eggs will eaten for breakfast in Aimsir – all  organic eggs sourced here on the property. It is quite an extensive farm and it’s continuously evolving. We’re looking to get bees in the coming months. We have plans in the books for a spa with one of the areas being an outside yoga area surrounded in lavender. If we could come to arrangement whereby the bees have lavender honey that could be something quite special as well. We’re always looking at ways to do it.

In terms of sustainability as well, and I think it’s very important and it’s all about the future. We’re all used to staying in hotels with miniature shampoo bottles and they’re all very nice but they are damaging to the environment. With this in mind, we are transitioning in the coming weeks, the Cliff Group, whereby we’re going to have shampoo, shower gel and soap dispensers in all our rooms so they can be refilled so you’re not using small little bottles. All these things, as a group from our owners Barry & Gerry O’Callaghan down, we’re very conscious of the impact we’re having on the environment. We also have Cliff Retail which will have all sustainable Irish products and the company that makes our bathroom amenities is Wild Oats – all organic and all Irish, which is really important.

What is something people won’t know about Cliff at Lyons?

The history of it I suppose – it really happened by accident. Tony Ryan bought Lyons Demesne in the 90’s and it was a labour of love for him to restore the main house and it’s the finest example of a Georgian restoration in the world. He went to great lengths to make sure everything was perfect. He had gardeners from Versailles in France come over and an awful lot of items that were recovered from different palaces and chateaux from Paris were installed in the house. He happened upon the old ruins of a Georgian village which was forgotten about. There was an old dovecot and a mill and in the coming months are we moving our Pantry across Dove Square which makes up the centre of the property. In our new enhanced reception area, we’re going to pay homage to the whole history of the Lyons Estate and we’re going to have pictures of the old ruins of the Village. People wouldn’t realise that it’s all been restored, and it was quite a project really and it’s very rare that you have somebody with the means, the time and the desire to do that because it would be very hard to recreate now. There’s marble flown in from France. In our Mill Restaurant that massive fireplace was brought in from a chateau in France. Can you imagine the logistics in shipping that?! In terms of other things that people mightn’t know, there’s actually a big pike in our lily pond that swims in every now and then.

What do you enjoy doing in Kildare?

A couple of weeks ago I had been wanting to go down and do the canal walks so I took couple of pals and we walked along the canal all the way up to Naas and back. It was lovely. I’ve gone out to Castletown House and had a stroll around. One of the team here is very local and they took me out there as they wanted to show me. That was beautiful. I anticipate getting down to the Irish National Stud in the coming weeks as well.

Where is your favourite place that you’ve eaten in Kildare?

I wouldn’t have a favourite place, as obviously where would I go outside the Cliff at Lyons! On that stroll I walked into Celbridge and myself and my pals had a toasted sandwich in the Village Inn, in the middle of Celbridge and it was absolutely lovely. I was really impressed with it.

What’s your favourite type of song or music?

Ooooh….there’s too many. I love U2… I have terrible taste in music! I used to love REM. I like Adele at the moment. You know what, my favourite type of music would be Frank Sinatra. I love that type of music.

What type of movies/genre of movies do you enjoy?

I suppose during the pandemic we watched an awful lot of the old nostalgia movies – the 80s, Planes, Trains and Automobiles, Lord of the Rings, all the Indiana Jones’. I have to say I love my Disney movies and the Harry Potter movies are great too. I don’t watch much television but during the pandemic we tended to watch a lot of nostalgic films.

Further information about Cliff at Lyons is available on their website here.